Three burnt to death in Mombasa 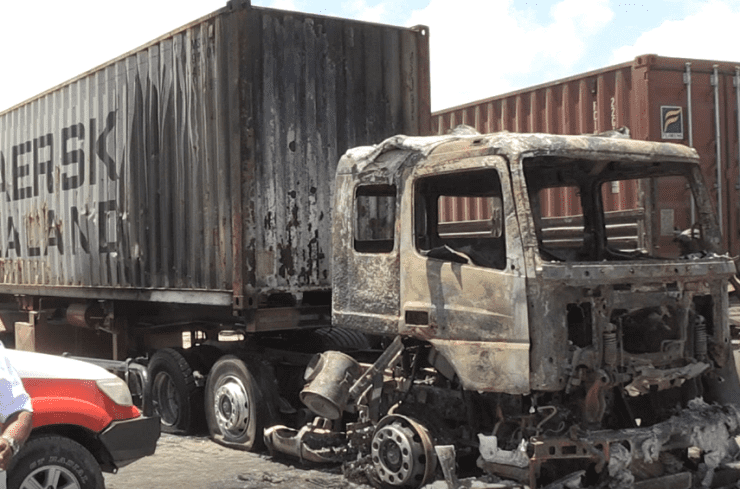 In the first incident, twins were burnt to death after a gas cylinder caught fire and exploded in a Swahili house at Sisi kwa Sisi area.

According to the children’s mother, Mercy Atieno, the incident occurred when she had briefly left the house to answer the call of nature.

Property of unknown value was destroyed during the incident, with the fire team accusing the tenants and area residents of taking long before reporting the matter to the fire fighters.

At the same time, a turnboy sleeping in a truck parked at a petrol station in Jomvu constituency was burnt to death after fire broke out from the engine section.

The turnboy was reportedly overwhelmed by the fire after his efforts to open the windows failed.

Changamwe MP Omar Mwinyi and the Mombasa county inspectorate team, led by its director Mohammed Amir visited the scene and urged locals to stop constructing structures along pathways, blocking pathways that could be used by fire engines during such incidents.

MP Mwinyi expressed concern over the increasing number of fire incidents in his constituency, with the county inspectorate director saying they are in the process of ensuring that all tenants and business operators have fire extinguishers before living or operating in any area.