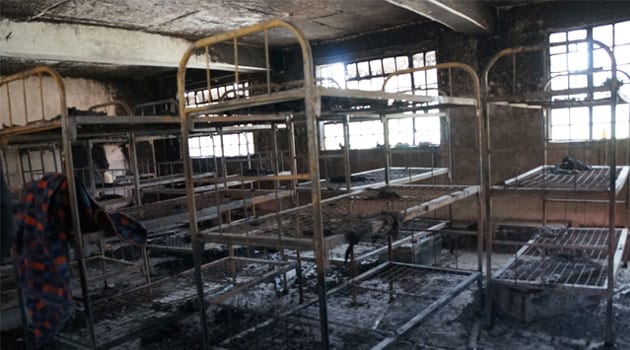 Three students of Mwea Boys High School in Kirinyaga County have been arrested following an attempted arson attack on a dormitory at the school on Sunday night.

According to Mwea West OCPD John Matiku, the three are being held at Sagana Police Station.

Among those who rushed to the scene were Mwea Member of Parliament Kabinga Wachira and school board chairman Joseph Njigoya.

“I arrived at the scene after the area chief informed me of the situation. Three boys wanted to burn down a dormitory. Initially they were successful at starting the inferno but thanks to the combined efforts of other students the blaze was extinguished before serious damage could be caused,” said the MP.

“I would like to assure parents that all their children are safe. Roll calls have been conducted and every student has been accounted for.”

The school management is set to hold a meeting to discuss how the students who lost their belongings during the incident will be compensated.

The school board chairman thanked the students for pointing out the culprits and helping in putting out the fire.