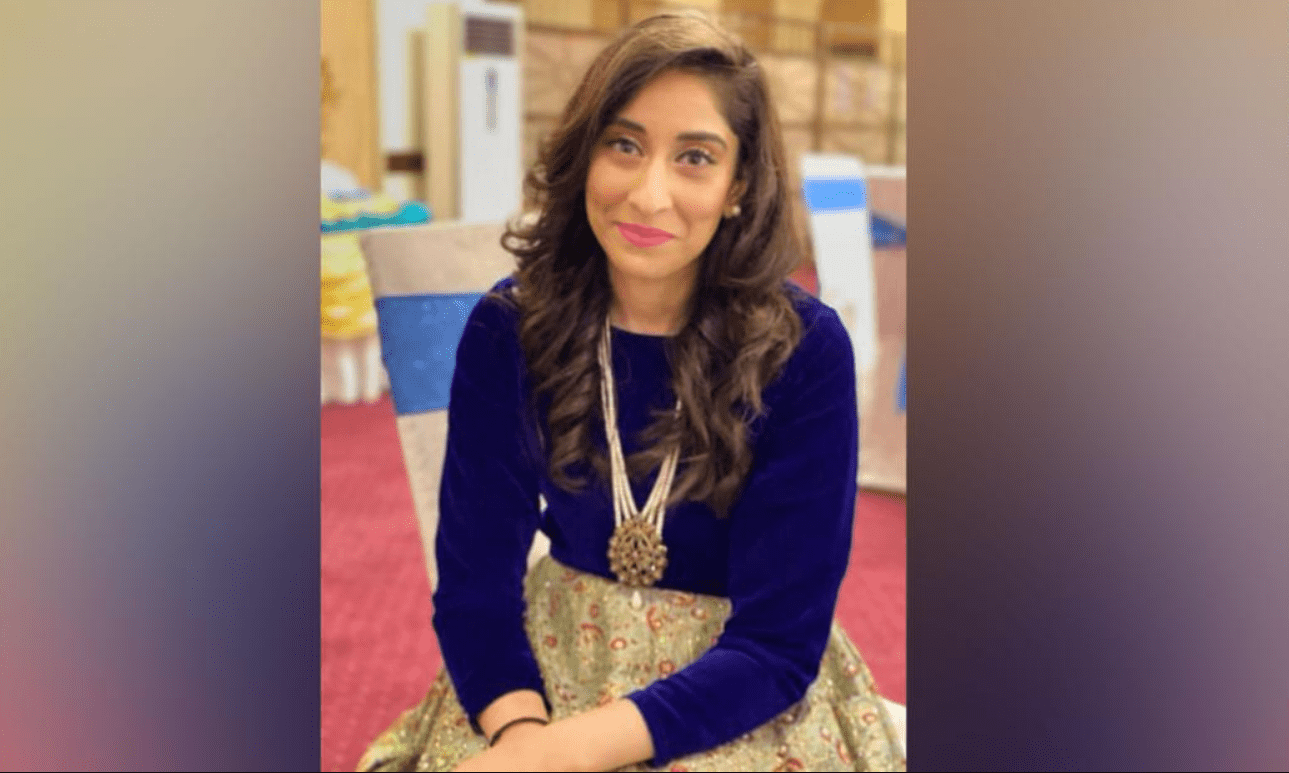 Few cases of femicide make headlines in Pakistan, but the beheading of an ambassador’s daughter promises to test a legal system activists say has repeatedly failed victims of violence and needs urgent reform.

According to a police report seen by CNN, Noor Mukadam, 27, died on July 20 after being allegedly tortured and killed by an acquaintance — Zahir Jaffer, the 30-year-old son of an influential family and a dual Pakistan-US national.

Mukadam’s death may have been lost in Pakistan’s crime statistics, if not for her status and Jaffer’s family connections, as well as the affluent location of the killing in block F7, one of Islamabad’s most exclusive neighborhoods.

In the days after her death, Pakistanis demanded #JusticeforNoor on Twitter, and a GoFundMe page to raise money for her family’s legal fees hit almost $50,000 before her family requested it be closed, according to a message on the site.

The message suggested the family faces a long legal battle, despite claims of “strong circumstantial and forensic evidence” of Jaffer’s guilt by their chief legal counsel, Shah Khawar.

Jaffer was arrested at the scene of the alleged attack and later charged with premeditated murder. His lawyer, Ansar Nawaz Mirza, said he hadn’t spoken to Jaffer since the alleged attack but said his client “deserves a fair trial.”

Activists are using this case to renew calls for the country’s Parliament to pass a law criminalizing domestic violence. Although the law — if passed — would only apply to the Islamabad Capital Territory, activists believe it would encourage other provinces to pass similar legislation as the capital is controlled by the country’s ruling party.

After being held up in the Senate, the upper house of Parliament, the bill was sent for review to the all-male member Council of Islamic Ideology (CII), the constitutional body that advises the legislature on whether or not a certain law is repugnant to Islam.

The council has a poor record on domestic violence — in 2016, it proposed its own bill to allow men to “lightly beat” their wives.

Women’s rights activists fear the conservative council will use its influence on the legislation to kill the bill, sending a message that violence against women in their own homes is allowed, or even condoned.

Pictures of Mukadam shared by her friends and family with CNN show a tall, vivacious young woman, posing in the glow of fairy lights and shimmying for gifs. Another photograph shows her with strings of jasmine in her hair, clutching a tiny dog to her chest, her long wavy hair askew.

Her friend and feminist activist Zahra Haider told CNN that Mukadam “was the kind of girl who went the extra mile for her loved ones” who liked going for drives to pick up fast food and “dancing on the roof in the rain.”

She was born in Jordan, said her father, Shaukhat Mukadam, a distinguished Pakistani diplomat and former envoy to South Korea and Ireland. He told CNN his daughter was an artistic, soft-hearted girl who “loved animals and making her family laugh.”

According to the police report he filed on the night of her death, Shaukhat Mukadam said he and his wife were in different parts of the city on July 19, shopping and running errands ahead of the Eid holiday. They returned to the family home, where their daughter lived, around sunset, to find she had not returned to the house.

They tried to phone her, but her mobile phone was switched off, so they began searching for her with the assistance of her friends, according to the report. That night, Noor Mukadam called her parents saying that she would be traveling with friends to Lahore, Pakistan’s second largest city, and they shouldn’t worry. They didn’t hear from her again, according to the police report.

The next afternoon, on July 20, the Mukadams received an unexpected phone call from Zahir Jaffer stating that Noor was not with him.

Hours later, police phoned her father to tell him Noor Mukadam had been killed, and he should report to the police station. He was then taken to the Jaffer family residence to identify his daughter’s body.

Police have not speculated on a motive for the alleged murder. Jaffer and Mukadam, and their families, were known to each other, according to the police report. Police are not commenting publicly beyond the police report.

Jaffer’s parents, Asmat Adamjee Jaffer and Zakir Jaffer, the director of Ahmed Jaffer & Company (Pvt) Ltd, one of the oldest family-run trading and project management companies in the country, were also arrested on charges of concealing evidence and abetment, according to the police report. Both had their bail pleas rejected Thursday as information provided to the judge suggested both made the “utmost efforts” to remove evidence of the alleged murder, according to a court judgment seen by CNN. In a statement to CNN, Rizwan Abbasi, the lawyer for both parents, said his clients had publicly condemned the murder. “We stand with the affected party (and) we don’t stand with our son,” the statement said.

A statement on the company’s website condemned the incident, and said “what cannot be disassociated is our family link to the tragedy, which is undeniable but we request you not judge us all by the horrific actions of one.”

Mukadam’s death has drawn attention to the plight of women and girls in Pakistan, where violence against them is considered a “serious problem,” according to a 2020 country report from Human Rights Watch.

Around 28% of women between the ages of 15 and 49 have experienced physical violence since the age of 15, Pakistan’s Ministry of Human Rights said, citing the country’s Demographic and Health Survey from 2017-2018.

Often, violence occurs within marriage and goes unreported, because it is considered a cultural norm in Pakistan’s patriarchal society, according to a World Health Organization review of literature on domestic violence in Pakistan from 2008 to 2018.

There is no national law, though some provinces have their own legislation. Sindh and Balochistan provinces, for example, outlaw domestic violence including physical, emotional, economic and verbal abuse. If convicted, offenders could face a prison term and be ordered to pay compensation to the victim. Punjab also has domestic violence legislation, though no criminal penalties.

In other parts of Pakistan, women have no recourse.

“People are much more comfortable with the concept of stranger violence because it externalizes the threat,” she said.

“The criminal justice system needs a complete overhaul in order to be women and survivor-centric.

“Currently, from top to bottom the system is geared towards discouraging survivors from reporting and pursuing cases,” she said. “The entire process leaves victims retraumatized. There needs to be structural reform.”

What the new bill proposes

The Pakistan Domestic Violence (Prevention and Protection) Bill calls for offenders to be fined or imprisoned for abusing women, children or vulnerable people.

It was passed in the National Assembly, the lower house of the country’s Parliament, on April 19. However, its progress through the Senate stalled when opposition members succeeded by one vote to refer the bill to the Senate Committee on Human Rights for further review. It was ultimately passed by the Senate on June 21 and progressed to the next step, presidential assent, for final approval.

However, in early July, the adviser to the prime minister on parliamentary affairs, Babar Awan, wrote a letter to the speaker of Parliament, seeking a review of the bill by the Islamic Council.

In the leaked letter, Awan stated “the bill contravenes the Islamic (injunctions) and way of life as enshrined in responsibility of the state.” It’s not clear when the Islamic Council will respond.

Ghulam Dastagheer, the council’s chief research officer, told CNN it hadn’t received the bill from the office of the speaker of Parliament.

“It’s only when we officially receive the paperwork that we can start assessing it,” he added.

The proposed national bill has become a lightning rod for feminists who claim its delay is a classic example of how legislation regarding violence against women is treated in the country.

Asma Khawar Khawaja, a human rights lawyer based in Sialkot, told CNN the wave of cases of violence against women in the country was like “standing next to a tsunami”.

Digital Rights Foundation founder Dad said it “was disappointing” to see Prime Minister Khan refer the matter to the Islamic Council, a move she said points towards “a lack of political will at the very top” to bring about change, since it is not common for bills to be referred to the body.

It took Khan 12 days to comment on Noor’s killing, a delay some are interpreting as a sign that he is bowing to more conservative elements of his party — and the country.

“I have been following all developments of the case closely, and no one will escape justice,” he said.

In the days after Mukadam’s killing, her hometown gathered to protest and hold a vigil in her memory. A sea of white candles was lit, surrounded by portraits of her smiling face and bouquets of roses.

Since then, there have been protests in cities across the world, including Dublin, Los Angeles, New York, London and Toronto, in the memory of Noor and against femicide in Pakistan.

Kanwal Ahmed, the group’s founder, said women had been expressing their fear “because of the helplessness of the victim’s family, the lack of attention by the leadership and there being the potential of no accountability,” which she called “terrifying.”

However, the outpouring of grief provoked backlash within the country.

On Monday, a mural of Mukadam at a vigil in the city of Sialkot was defaced with black paint, and in the city of Faisalabad on Sunday, local authorities refused to allow a protest led by female activists, a situation Amnesty International said was of “serious concern.”

Rafia Zakaria, a feminist author and columnist for Pakistan’s Dawn newspaper, said what we’re seeing is a moment of “reckoning” as people realize “these are the last stands of this sort of patriarchy.”

“The country cannot afford more Noors. There is a sense of collective trauma, and the only deliverance is a kind of catharsis that we can’t do this anymore,” she said.

She and others now hope Mukadam’s death will lead to change — and create enough impetus for stronger laws to protect women against violence.

“Her sacrifice will change the world and women will fights for their rights because of Noor. We will miss her forever,” she said.
Shaukhat Mukadam said his family wants justice.

“It’s not just the murder of my daughter. We have to have justice because (there are) implications … for all Pakistani people’s daughters.”