Thais flock to early voting in first election since 2014 coup 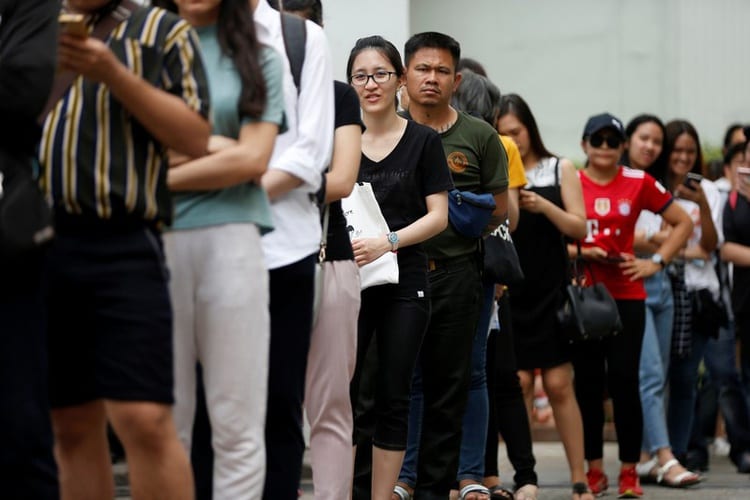 Many Thais queued on Sunday, some for hours, to vote early in parliamentary elections scheduled for March 24, the country’s first since a 2014 military coup.

“It feels good to use our democratic right,” said 29-year-old Adulwit Sinthusiri, one of the 2.6 million Thais who registered for the one-day-only early voting.

People who registered to vote on Sunday but do not do so forfeit the chance to participate, under election rules.

A total of 52 million Thais aged 18 and above are eligible to vote.

The contest broadly pits the party of junta leader Prayuth Chan-ocha, who led the 2014 coup when he was army chief, against populist parties loyal to ousted prime minister Thaksin Shinawatra and also parties opposed to extending military dominance in government.

Several other new and smaller parties could hold the key to a coalition government after the vote, but Prayuth’s party holds a built-in advantage because the junta is appointing the 250-seat Senate, giving it a head start in securing a majority vote of the combined parliament needed to choose a prime minister.

The election is for the 500-seat House of Representatives.

Adulwit said he was not impressed with the government’s performance over the past five years and believed new parties like Future Forward, an anti-junta group headed by 40-year-old auto parts billionaire Thanathorn Juangroongruangkit, could make a difference.

Many Thais want Prayuth, who became prime minister after the coup and then retired from the army, to stay on, effectively setting up an elected martial democracy.

“Prayuth is a good man … he is straightforward and does good things for the country,” said Nawarat Phuyungwattana, 63, from the southern province of Narathiwat.

Pro-Thaksin parties have campaigned on policies that they said would improve the economy and increase prices of rice and rubber.

Parties affiliated with Thaksin, who is in self-imposed exile after conviction on a corruption charge, have won all elections since 2001 on populist policies like a universal healthcare scheme.

The military overthrew pro-Thaksin governments with coups in 2006 and again in 2014, when it toppled one that had been led by Thaksin’s sister, Yingluck Shinawatra.