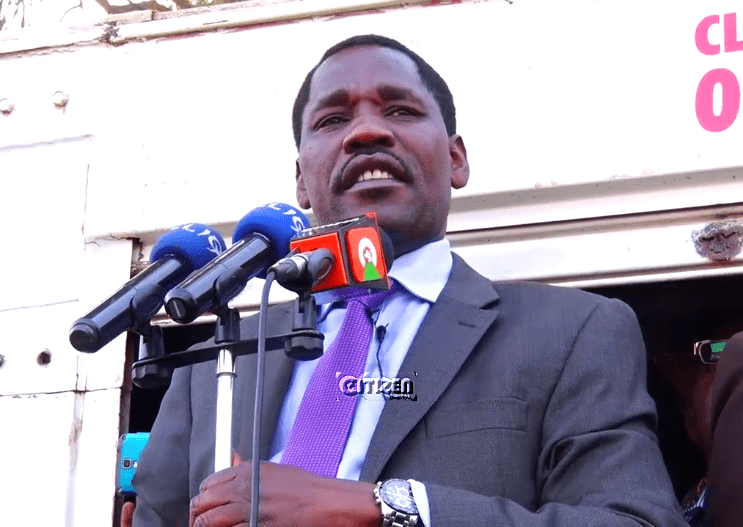 Meru Governor Peter Munya has challenged the government to come clean over the row between Kenya and Somalia over miraa importation.

Addressing residents of Maua on Saturday, Munya said that the government has crafted propaganda to blame him for Somaliland’s ban on miraa importation from Kenya as a means to fight him politically.

“Blaming me for the ban on miraa importation is just a political ploy because the government was there first even before I visited.”

Munya said that the government had opened an office in Somaliland and even sent 15,000 officials to work there before later closing it.

“The government should tell us why they closed the office because it would have helped in keeping the miraa market open,” he said.

“What army do I have to interfere with territorial integrity of another county? All this is propaganda aimed at fighting me politically.”

Last week, Munya, who is also the council of governor chair, claimed that his was is in danger following the ban by Somali Government on importation of miraa from Kenya.

Miraa is an income earner for most farmers in Meru and the ban seems to have dealt a blow to their livelihoods.

A report appearing on the Daily Nation Tuesday stated that the Somali Government imposed a ban on miraa imports from Kenya because Governor Munya had “used the business to campaign for the breakup of the country.”