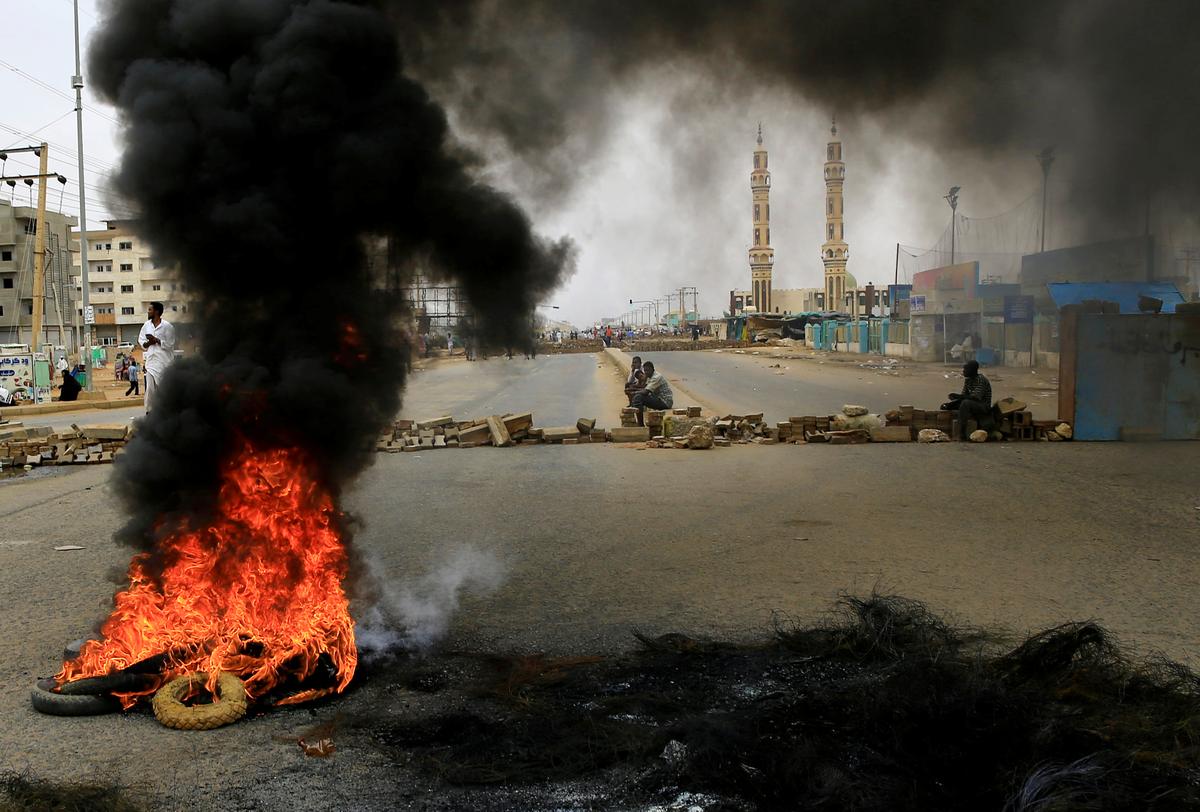 Sudan’s opposition on Tuesday rejected a plan by its military rulers to hold elections within nine months, a day after the worst bout of violence since President Omar al-Bashir was overthrown in April.

At least 35 people were killed on Monday when security forces stormed a protest camp outside the Defence Ministry in central Khartoum, said doctors linked to the opposition.

The Transitional Military Council (TMC) that has ruled since Bashir’s ousting canceled all agreements reached during talks with the main opposition alliance on setting up a transitional administration. The sides had agreed on forming a parliament and a government that would prepare for elections after three years.

Madani Abbas Madani, a leader of the Declaration of Freedom and Change Forces (DFCF) opposition alliance, said an open-ended civil disobedience campaign would continue to try to force the council from power.

Omar al-Degair, a prominent DFCF leader, said the two sides were close to reaching a final agreement that had been proposed by the TMC. It would have seen a 50-50 split on a sovereign council and a rotational presidency, he said.

“DFCF agreed with a large majority to this agreement presented by the TMC and we were meant to hold an expanded meeting last night to reach a final agreement,” Degair said.

“What happened (on Monday) – the killing and injuring of protesters, the humiliation – was a systematic and planned attempt to impose repression on the Sudanese people,” Madani told Reuters.

The main protest organizers, the Sudanese Professionals Association (SPA), called for an international committee to investigate the deaths in what it branded a “massacre”.

Khartoum was tense on Tuesday, with many roads barricaded by protesters, shops shut and streets mostly empty. Security forces were trying to clear the barricades, a Reuters witness said.

Rapid Support Forces (RSF) vehicles were patrolling the streets in Omdurman, on the other side of the River Nile from Khartoum, and firing into the air.

A Reuters witness saw around a dozen men in uniform intimidating people into taking down barricades in Khartoum North, including by whipping them.

Social media users said soldiers from the RSF, a paramilitary force led by General Mohamed Hamdan Dagalo, the military council’s deputy head, were firing into the air to “terrorise” people and beating demonstrators with batons. There were reports of at least one person killed and several injured.

One posting showed a young man describe how he was beaten up at Khartoum University, sustaining a broken arm. He displayed a partially shaven head and marks of lashing on his back. It was not immediately possible to independently verify the report.

Sudan has been rocked by unrest since December when anger over rising bread prices and cash shortages broke into sustained protests that culminated in the armed forces removing Bashir after three decades in office.

But talks between the TMC and DFCF ground to a halt amid deep differences over who would lead a transition to democracy that both sides had agreed would last for three years.

Protest leaders have demanded proper preparations for elections during a transitional period led by a civilian administration.

“We believe that the matter is now in the hands of the Sudanese people,” said Khalid Omar Yousef, a DFCF leader. “This regime will fall, no matter what.”

The SPA also rejected the establishment of a governmental committee to investigate Monday’s deaths, spokesman Amjad Farid said, adding that the TMC was accused of targeting protesters.

In a televised address early on Tuesday, TMC Head Lieutenant General Abdel Fattah al-Burhan said the opposition coalition was equally responsible for the delay in reaching a final agreement.

The council has decided to cancel all agreements with the protest groups and called for elections within nine months under regional and international supervision, he said.

“Gaining legitimacy and a mandate does not come but through the ballot box,” Burhan said, adding that a government would be formed immediately to run the country until elections are held.

Burhan said he regretted the violence and said it would be investigated.

The security forces’ operation drew condemnation from Europe, the United States, and the African Union.

The Democratic Alliance of Lawyers, part of the SPA, on Tuesday urged “some Arab countries” not to interfere in Sudanese affairs and to drop their support for the TMC.

The alliance’s comments appeared aimed at Saudi Arabia, the United Arab Emirates and Egypt, which analysts say are trying to shore up their influence in Sudan following Bashir’s overthrow.

The Soufan Group, a security and intelligence think-tank, said the violence could swiftly escalate into civil war.

“There are clear parallels to some of the Arab Spring protests that eventually progressed to full-blown insurgencies, including Syria, where indiscriminate shelling of civilians by the military initially galvanized protest movements that helped launch a broader uprising,” it said in an analysis.

However, Hamid Eltgani Ali, a professor at the American University in Cairo, predicted that the protest movement would succeed in forcing the military to step down. There were two competing visions for Sudan’s future, he told Reuters.

“The vision of hate and division is led by the Janjaweed (militias) and military resisting to preserve their economic interests they enjoyed during Bashir’s rule, while the vision of hope is led by professional associations and syndicates. They want a democratic, open Sudan with a strong developmental vision,” Ali said.