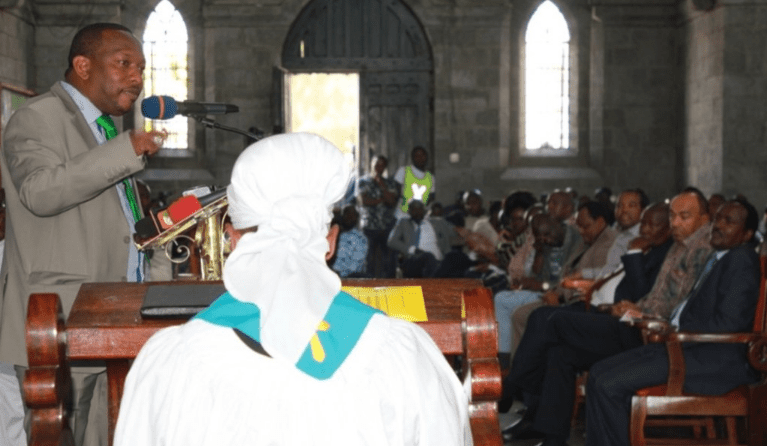 Nairobi Governor Mike Sonko on Sunday announced a waiver for house rent arrears owed to the Nairobi City County Government by tenants who have failed to clear their debts due to financial challenges.

Sonko said the waiver has been issued to end cases of tenants being evicted from county government houses by cartels who later allocate the houses to new tenants at a fee.

Speaking on Sunday during a workers prayer day at St. Stephen’s Church along Jogoo Road ahead of Labour Day celebrations, Governor Sonko said his administration will in future make sure tenants who are occupying county government houses pay their rents on time without defaulting.

“In recognition and honour to our workers, I have issued a waiver of rent arrears owed to the Nairobi City County Government by our tenants. However, I’m appealing to tenants occupying Nairobi County Government houses to pay their monthly house rents on time without defaulting,” said Sonko.

Meanwhile, Sonko also issued a directive to stop demolition of houses by the Nairobi Regeneration team until further consultations are held with President Uhuru Kenyatta.

“I have stopped the planned and ongoing demolition of houses by the Nairobi Regeneration team since it will affect most Nairobi residents who have no alternative accommodation,” stated Sonko.

“Let’s not use church platforms to attack fellow leaders and also call for selective prosecution of corruption cases,” added the Governor.

Labour Day celebrations will be marked on Wednesday 1, 2019.