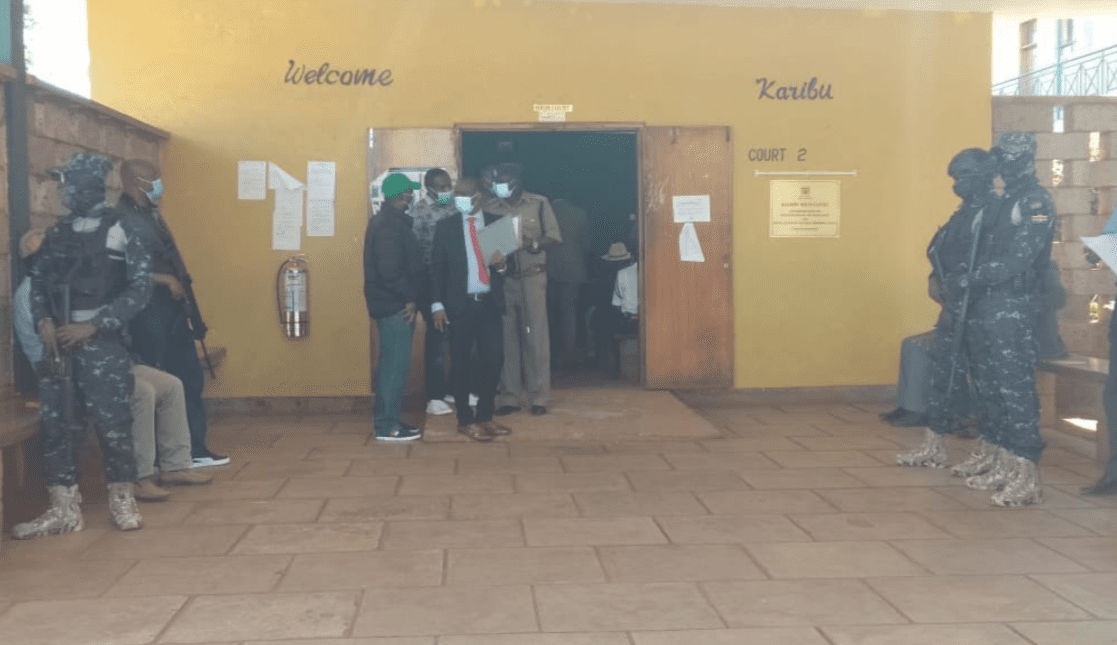 Former Nairobi Governor will remain in police custody pending the ruling on bail application on Thursday.

The court directed that he be detained at the Gigiri Police Station.

Appearing before a Kiambu court on Tuesday, Sonko denied several charges preferred against him.

The charges include assault causing actual bodily harm, robbery with violence and destruction of property.

The court heard that on different dates in 2019, Sonko with others not before the court assaulted Musyoki Kavunda and John Mungai at a property in Buruburu, leaving the victims with bodily injuries.

He was also charged with an additional count of forcibly entering a private property without a search warrant.

The prosecution sought orders to have the former county boss detained pending a conclusion of the investigations and to prevent him from interfering with witnesses.

Further, the prosecution wants Sonko to be taken to a Mombasa court where an arrest warrant against him was issued.

His woes began after he sensationally claimed to have been one of the masterminds behind 2017 polls chaos in Nairobi that were blamed on the ODM party.

In his lofty confession, Sonko fingered government officials among them Interior PS Karanja Kibicho who he claimed, were part of the shadowy “Deep State”

Kibicho in his submission, said Sonko had admitted to committing a criminal offense and ought to face the law like any other Kenyan.

Sonko had been dealt a blow after a court declined his application to stop his grilling by the DCI.

In late January, PS Kibicho said he has had enough of former Nairobi Governor Mike Sonko’s attempts to assassinate his character.

His statement came days after Sonko sensationally claimed that he and others in the “Deep State” stage-managed destruction of vehicles to ruin its public image.

Kibicho stated that the burden of proof now rests on Sonko’s shoulders further urging the DCI to ensure he gets justice and is vindicated from the claims.

“I’ve seen some insinuation that, after Sonko made the wild allegations he did yesterday, I was summoned by DCI. To just clear the air, it is me initiating the process of getting my rights as a Kenyan and I walked to DCI to record a statement against Sonko because he needs to come on the table and provide evidence on the criminality he is alleging we committed with him,” said Kibicho.

“I am PS Interior as well, and I expect people who have run out of ideas, when they have problems, they will kind of blame me. And I will as a person check whether there is criminality in the blame or not.”