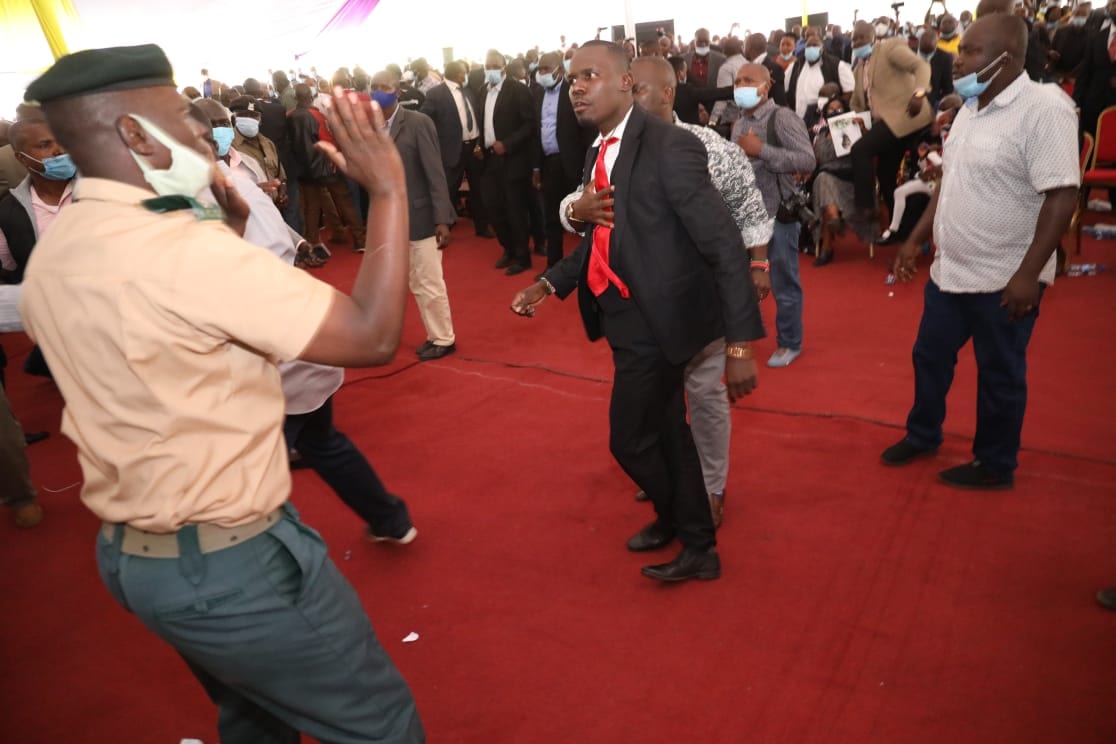 Speaking during the funeral of Mzee Abel Gongera (father to Kisii DGJoash Maangi), the legislator told off the DP over his dynasty narrative.

Some mourners were heard chanting “Ruto!Ruto” but Arati continued talking, ignoring them for the better part of his speech before trying to quell the disturbance.

DP Ruto and former Prime Minister Raila Odinga who were seated in the front row did not attempt to stop the legislator from speaking. 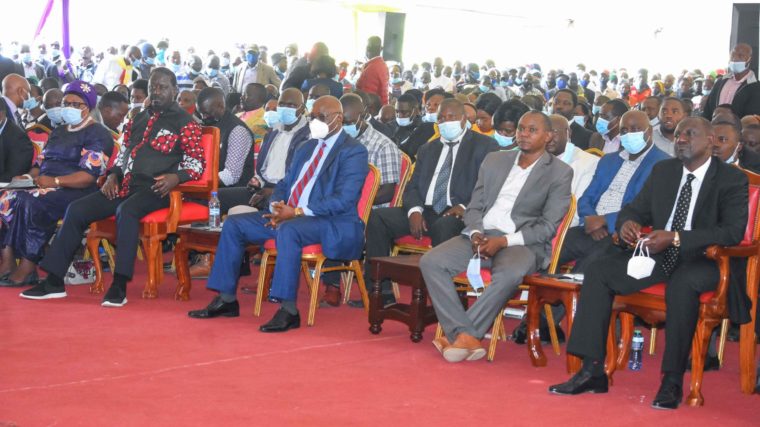 In a relentless assault on Dr. Ruto, the lawmaker cited the 2007/8 post election skirmishes where over 1000 people were killed.

It is then that South Mugirango MP Sylvanus Osoro ran to the podium and began exchanging blows with Arati.

Photos shared on social media on Monday afternoon showed the two legislators going at it in a flurry of fists and kicks.

The fight forced the ceremony to come to a stand still as Kisii Governor James Ongwae attempted to call the meeting to order.

The two MPs were later escorted from of the podium by security officers and the funeral continued as earlier planned. 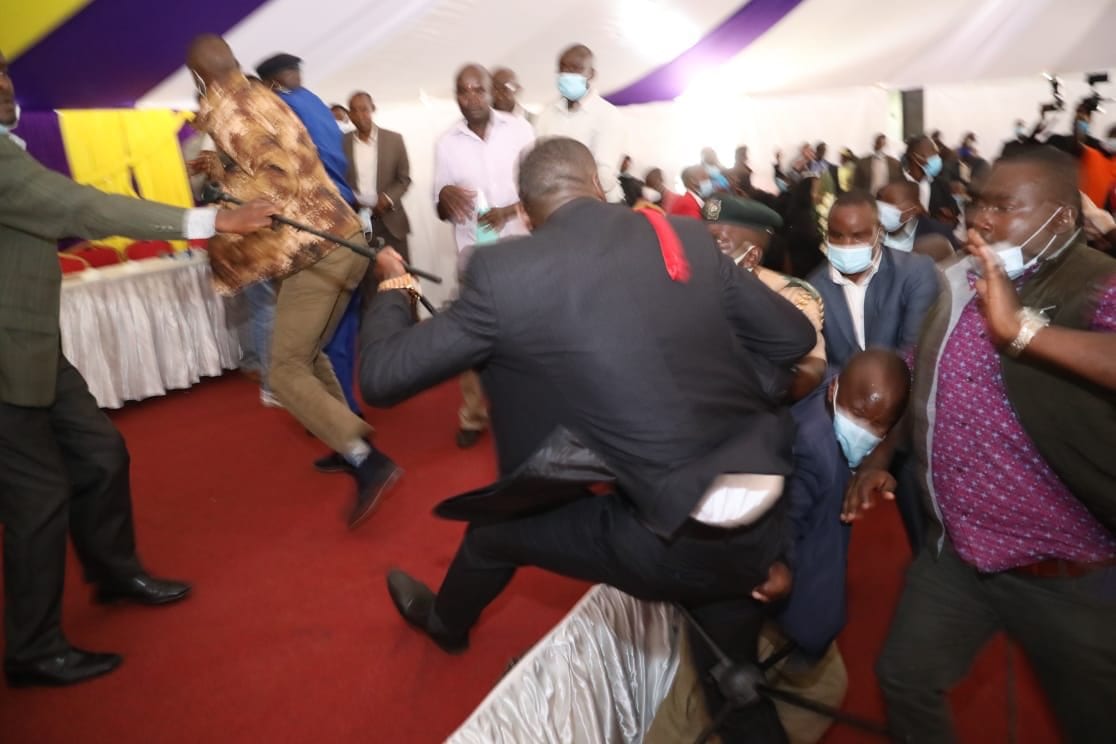 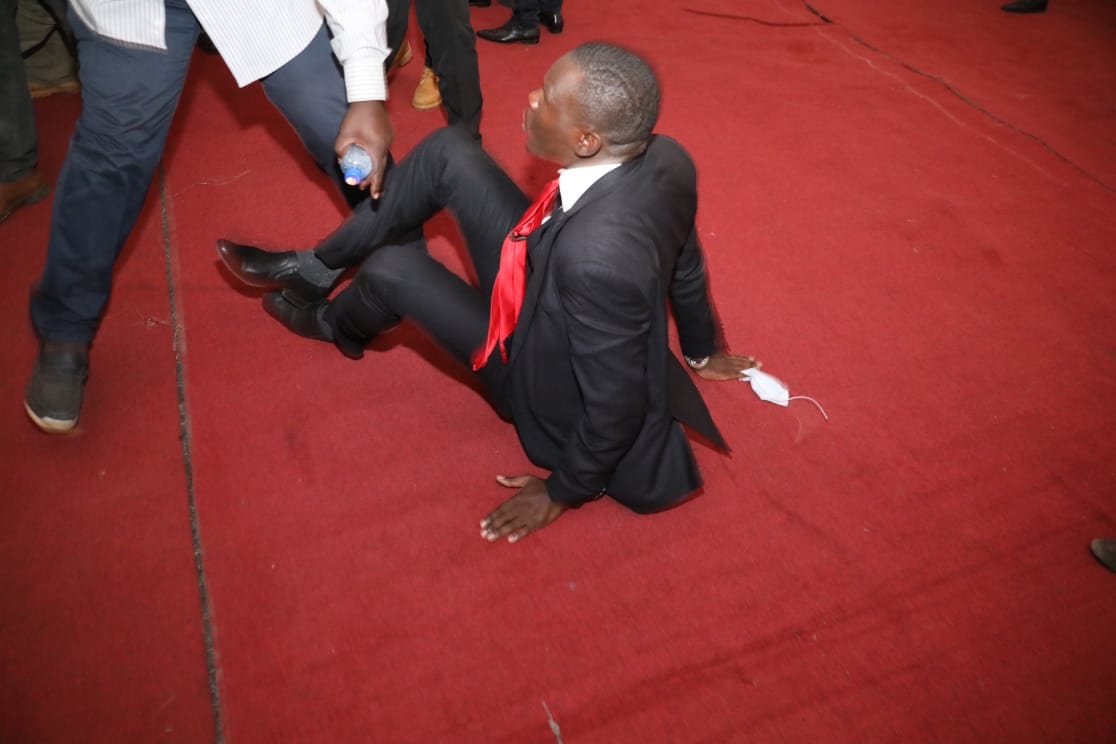