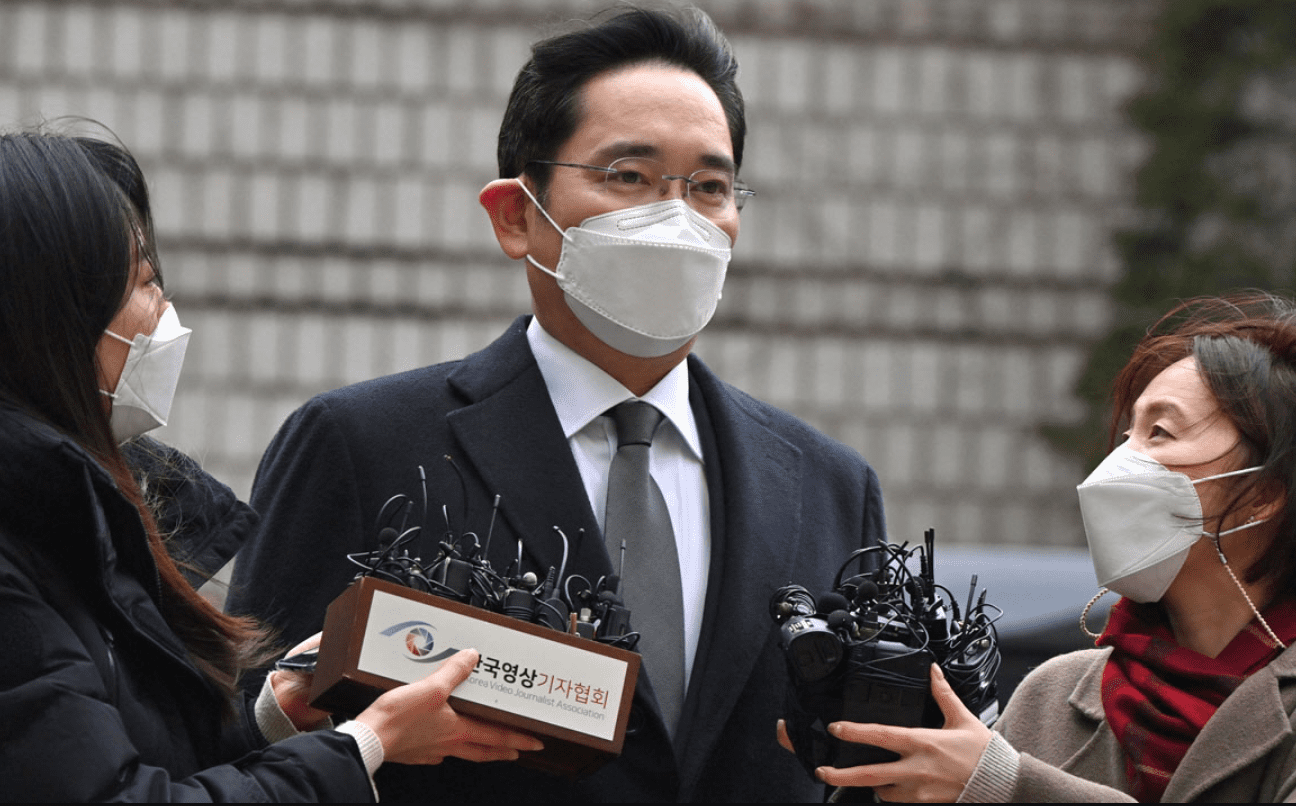 Lee, also known as Jay Y. Lee, was sentenced to two and a half years behind bars in January after the Seoul High Court found him guilty of embezzlement and bribery. He will now be released on August 13, the country’s justice minister announced in a televised briefing.

Minister Park Beom-kye said that Lee is among 810 other prisoners who have been granted parole on the occasion of the country’s Liberation Day, which marks the liberation of Korea from Japanese imperial rule in 1945. Last year, more than 600 prisoners were released on Liberation Day.

“In consideration of the overcrowded condition of correctional facilities which are vulnerable to infectious diseases and to help overcome our economic condition, the number of persons granted parole has been significantly increased this year compared to last year,” Park said.
Samsung declined to comment on today’s briefing.

Lee may not be able to return to work. He is subject to a five-year employment ban under South Korean law, and parolees are not permitted to take overseas business trips until their term is finished. Lee can apply to the Justice Ministry for an exception, but it’s unclear if he has done so.

Lee was caught up in a massive influence-peddling scandal that brought down the government of former South Korean President Park Geun-hye. Park herself is spending some two decades in prison in connection with the case.

Lee had been sentenced to five years in prison in August 2017 on bribery and embezzlement charges but he walked free after less than a year when an appeals court threw out some of the charges and suspended the sentence.

However, Lee was sent back to prison in January after being sentenced to two and a half years in a retrial. His father Lee Kun-hee, the company’s chairman, died last year after being in a coma since suffering a heart attack in 2014. The younger Lee had been operating as Samsung’s de facto leader.

Lee is currently undergoing a separate trial over a controversial 2015 merger that helped him tighten control over the company.

Prosecutors said the merger of Samsung C&T and Cheil Industries was undertaken in a manner that allegedly benefited Lee and allowed him to gain a tighter grip on Samsung Electronics, the crown jewel of his family’s sprawling conglomerate.