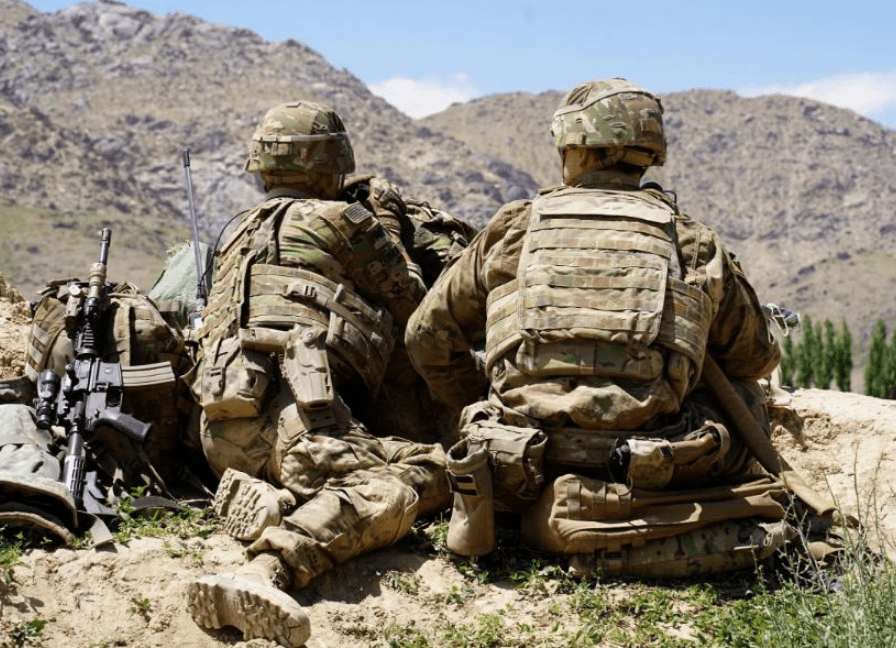 The official was unclear as to the precise Russian motivation, but said the incentives had, in their assessment, led to coalition casualties. The official did not specify as to the date of the casualties, their number or nationality, or whether these were fatalities or injuries.

“This callous approach by the GRU is startling and reprehensible. Their motivation is bewildering,” the official said.

This story was first reported by the New York Times.

Citing officials briefed on the matter, the Times reported that President Donald Trump was briefed on the intelligence findings and that the White House’s National Security Council held a meeting about it in late March.

White House press secretary Kayleigh McEnany said in a statement Saturday that the President and Vice President Mike Pence were not briefed “on the alleged Russian bounty intelligence.”

McEnany said her statement “does not speak to the merit of the alleged intelligence but to the inaccuracy of the New York Times story,” which said Trump had been briefed.

McEnany did not deny the validity of the reported US intelligence that a Russian intelligence unit offered bounties to Taliban-linked militants to carry out attacks on coalition forces in Afghanistan.

Director of National Intelligence John Ratcliffe said in his own statement late Saturday that he had “confirmed that neither the President nor the Vice President were ever briefed on any intelligence alleged by the New York Times in its reporting yesterday.”

He added: “The White House statement addressing this issue earlier today, which denied such a briefing occurred, was accurate. The New York Times reporting, and all other subsequent news reports about such an alleged briefing are inaccurate.”

According to the Times, the Trump administration held expanded briefings about the intelligence assessment this week and shared information about it with the British government, whose forces were also believed to have been targeted.

The newspaper reported that officials thought of possible responses, including beginning with a diplomatic complaint to Moscow, a demand to cease, and sanctions — but the White House has yet to authorize any action.

The Russian Embassy in Washington, DC, on Friday denounced the Times report as “baseless allegations” that have led to death threats against Russian diplomats in Washington and London.

“In the absence of reasons to #BlameRussians,” the Times is inventing “new fake stories,” the embassy wrote on Twitter.

The Taliban also rejected the Times report that they were offered bounties from Russia to target US troops in Afghanistan.

“We strongly reject this allegation. The nineteen-year Jihad of the Islamic Emirate is not indebted to the beneficence of any intelligence organ or foreign country and neither is the Islamic Emirate in need of anyone in specifying objectives,” the militant group’s spokesman Zabihullah Mujahid said in a statement Saturday.

In its covert operation, the Russian spy unit within the intelligence agency GRU had offered rewards for successful attacks last year, and Islamist militants, or armed criminal associates, are thought to have collected bounty money, the Times reported.

The European official told CNN the Russian intelligence officers worked for the GRU unit known as 29155, which has been blamed by European intelligence officials previously for the attempted assassinations of Sergei Skripal, a former KGB agent who had once been recruited years earlier by British intelligence, and his daughter in 2018 in Salisbury, UK, and other prominent attacks in Europe.

The US concluded that the GRU was behind the interference in the 2016 US election and cyberattacks against the Democratic National Committee and top Democratic officials. The Russian military agency was also accused by the West of assassination attempts and poison attacks in Europe within recent years.

The Times reported that the motivations behind the operation are unclear and there’s uncertainty of how far up in the Kremlin the operation was authorized.

The US intelligence assessment was said to be based in part from interrogations of captured Afghan militants and criminals, according to the newspaper.

Former Vice President Joe Biden on Saturday called Trump’s presidency a “gift” to Putin, referring to the New York Times report at a town hall focused on Asian American Pacific Islander issues. “It’s a betrayal of every single American family with a loved one serving in Afghanistan or anywhere overseas. I’m quite frankly outraged by the report, and if I’m elected president, make no mistake about it, Vladimir Putin will be confronted.”

Texas Rep. Michael McCaul, the ranking Republican on House Foreign Affairs, said in a statement Saturday that he “immediately reached out to the Administration,” adding that if the accusations in the New York Times report are true, the administration “must take swift and serious action to hold the Putin regime accountable.”

Republican Rep. Adam Kinzinger of Illinois, an Air Force veteran who served in Afghanistan and Iraq, tweeted that “Russia is not a partner, and not to be negotiated with” and that Trump “needs to immediately expose and handle this, and stop Russia’s shadow war.”

Trump has sought to improve relations between Washington and Moscow and shares an unusually warm relationship with his Russian counterpart, Vladimir Putin.

But Trump and his administration point to US sanctions on Russia, arguing that he’s been tougher on the country than previous presidents.

During a 2018 press conference alongside Putin in Helsinki, Finland, Trump, in a stunning move for an American president, refused to accept US intelligence that Russia meddled in the 2016 presidential election, instead appearing to align with Putin’s denials.

Last month, Trump said he wished to invite Russia to the G7 summit, despite Russia’s suspension in 2014 from the working group of leading industrial nations for its annexation of Crimea.

In February, the US and Taliban signed a historic agreement in Dohar, Qatar, setting in motion the possible full withdrawal of US troops from Afghanistan and potential end to America’s longest-fought war.

US troops are currently serving in Afghanistan as part of a US-led NATO mission to train, assist and advise Afghan forces and focus on counterterrorism operations targeting the local ISIS affiliate and al Qaeda.

The Trump administration is close to finalizing a decision to withdraw more than 4,000 troops from Afghanistan by the fall, according to two administration officials. The move would reduce the number of troops from 8,600 to 4,500 and would be the lowest number since the very earliest days of the war in Afghanistan.