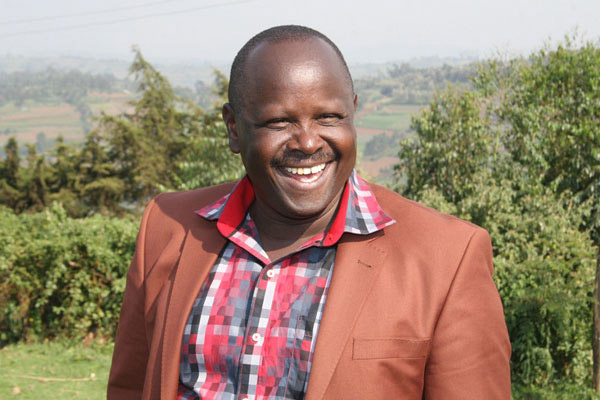 Speaking during the swearing in of Nyongores Ward MCA Andrew Maritim at Bomet County Assembly grounds on Wednesday, Ruto said the two legislators should not take Kenyans in circles noting that the only way out for them is to return the money.

“We should not engage in protracted political rhetoric over this matter. Those named in Waiguru’s affidavit should return the money acquired fraudulently,” he said.

The two Jubilee legislators were mentioned alongside Deputy President William Ruto’s aide Farouk Kibet and Treasury Cabinet Secretary Henry Rotich in Waiguru’s affidavit revealed on Tuesday over the loss of Ksh 791 million at the NYS.

In separate press briefing on Wednesday, both Duale and Murkomen denied the claims terming them unfounded and misplaced.

Duale has criticised former Devolution and Planning Cabinet Secretary Anne Waiguru for linking him to the loss of Ksh 791 million at the National Youth Service (NYS) saying she should produce evidence to back her claims.

“Waiguru should not drag people’s names and introduce non-existent petty politics.  She should provide any iota of evidence to the investigative authorities and I will respond,” he stated.

Duale further said that Waiguru’s claims are aimed at dividing the Jubilee government along party lines saying both TNA and URP are firmly rooted in the coalition.

“Waiguru should carry her own cross instead of dragging other people’s names in the scam. She should take responsibility on the reports of corruption at Huduma Centres when the report is tabled in Parliament,” stated the Garissa Township MP.

“Instead of propagating unfounded allegations, she should provide answers to questions raised in Josephine Kabura’s affidavit. I have no intentions of suing her because she should already be at Kamiti Prison.”

Murkomen has also denied being party to the NYS scam saying he was approached by businessman Ben Gethi, who has also been mentioned in the scam to offer legal services.

In the affidavit, Waiguru claimed that she had been informed by the then acting senior Deputy Director General of NYS Adan Harakhe, of a claim by one of the suspects, Ben Gethi, that the illegal payments totaling to over Ksh 800 million were for companies associated with Finance CS Henry Rotich who was allegedly Ruto’s point man.

Waiguru claimed that Harakhe informed her through a memo that Murkomen had visited him in his office after he was allegedly directed by then Principal Secretary Peter Mangiti.

According to Waiguru, Duale and Murkomen threatened the former assistant director of NYS Aden Harakhe, warning him of dire consequences should he fail to instruct the DCI to stop the investigations.

The two legislators termed Waiguru’s allegations as diversionary calling on him to focus on the issue at hand which is the loss of Sh791 million that occurred during her tenure as Cabinet Secretary.

Nandi Hills MP Alfred Keter and his Kapseret counterpart Oscar Sudi have asked Duale and Murkomen to step aside over the allegations while calling for concerted efforts by investigative bodies that will help in the recovery of the lost money.