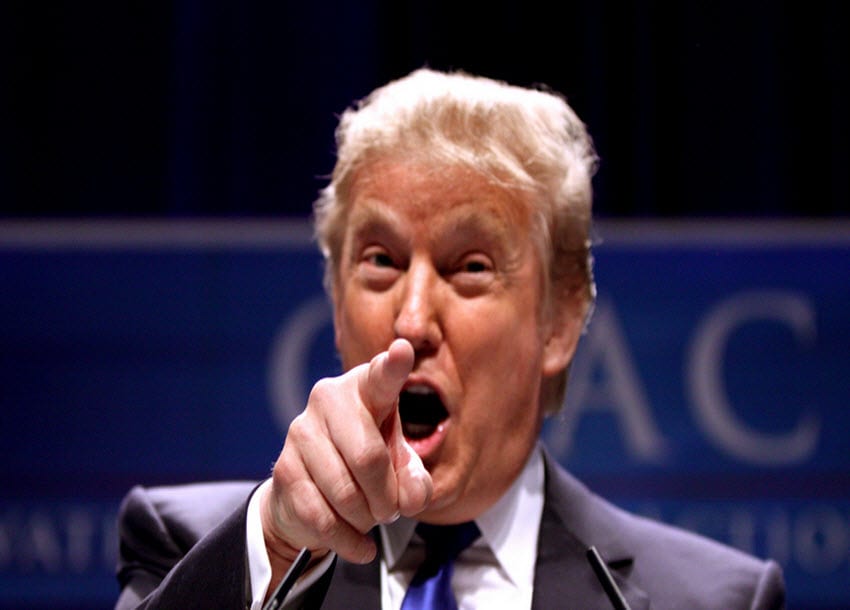 The Republican National Convention moves Tuesday to the nomination of real estate mogul Donald Trump as the party’s 2016 presidential candidate, along with a focus on the U.S. economy.

Two of his children, Tiffany Trump and Donald Trump Jr., are set to advance his cause on the second day of the quadrennial convention in Cleveland, Ohio, along with some of the party’s most prominent figures, House Speaker Paul Ryan and former presidential candidates Chris Christie and Ben Carson.

Trump’s unexpected surge to the top of the American political scene will become a formal reality as the 70-year-old one-time television reality show host is nominated as the Republican standard bearer in the November election. He will face the Democratic contender, former U.S. Secretary of State Hillary Clinton, in the contest to replace President Barack Obama when he leaves office next January.

Some of Tuesday’s speakers are talking about the theme “Make America Work Again,” set to make the case that the American economy, the world’s largest, would advance much faster with the billionaire Trump offering advice from his decades of business experience building skyscrapers and casinos and starting other businesses, some of which failed.

Speakers Monday attacked Clinton for the lack of security at a U.S. compound in Benghazi, Libya where four Americans were killed in a 2012 terrorist attack and for her handling of classified information on the private email server she used while she was the country’s top diplomat from 2009 to 2013. The Federal Bureau of Investigation recently determined she was “extremely careless” in the handling of the national security material, but said her actions did not warrant criminal charges.

One speaker, Patricia Smith, the mother of one of the four killed at Benghazi, said, “I blame Hillary Clinton personally for the death of my son,” because of the security shortcomings at the U.S. outpost. She claimed that Clinton lied to her about the reasons for the attack, an account that has been rejected by the Democratic contender.

“This entire campaign comes down to a single question,” Smith said. “If Hillary Clinton can’t give us the truth, why should we give her the presidency?”

Trump appeared on stage to introduce his wife Melania, and in an uncharacteristically short speech, described her as “an amazing mother, an incredible woman.”

The Slovenian immigrant has been largely unseen during the presidential campaign and used part of the address to tell her personal story. She called her husband “an amazing leader” and the only one who can deliver change for the United States.

“If you want someone to fight for you and your country, I can assure you he’s the guy,” she told convention delegates, and millions more on national television.

But her speech prompted questions about its origins after a journalist noted striking similarities in one passage to an address Michelle Obama gave at the Democratic National Convention in 2008 praising her husband, who went on to twice win national elections.

“From a young age, my parents impressed on me the values that you work hard for what you want in life. That your word is your bond and you do what you say and keep your promise. That you treat people with respect,” Melania Trump said.

Eight years ago, Michelle Obama said, “And Barack and I were raised with so many of the same values: like you work hard for what you want in life, that your word is your bond, that you do what you say you’re going to do, that you treat people with dignity and respect.”

The Trump campaign issued a statement early Tuesday standing by her convention address.

“In writing her beautiful speech, Melania’s team of writers took notes on her life’s inspirations, and in some instances included fragments of her own thinking. Melania’s immigrant experience and love for America shone through in her speech, which made it such a success.”

Trump adviser Paul Manafort defended the speech in several television interviews, denying that she copied Michelle Obama’s words. He blamed Clinton for the controversy even though it was a journalist who spotted the speech similarities.

“What she did was use words that are common words,” Manafort told CNN. “To think that she would do something like that knowing how scrutinized her speech was going to be last night is just really absurd.”

Melania Trump’s speech did not have the fiery tones of many of the others who gave addresses Monday on the first day of the convention.

“There will be no apologies for our American exceptionalism or leadership standing around the world,” Flynn said. “Wake up, America. You cannot sit this one out.”

Former New York City Mayor Rudy Giuliani said a vast majority of Americans do not feel safe and warned terrorists, “We’re coming to get you!”

Giuliani also mocked Obama’s own address at the 2004 Democratic convention during which the then-Senate candidate said there is no liberal, conservative, black, white, Latino or Asian America, but a United States of America.

Senator Tom Cotton criticized Obama’s efforts to end the wars in Iraq and Afghanistan during his term, saying the U.S. wants a leader “who speaks of winning wars and not merely ending wars.”

In one of the final addresses, Senator Joni Ernst directed scorn at Clinton, saying the Democrat is “entirely unfit” to be president. Clinton will be nominated at her party’s convention next week.

The Republican convention erupted in chaos just hours after it began Monday as Trump’s opponents loudly protested being denied a floor vote on the convention rules.

“Call the roll, call the roll,” opponents shouted. Practically drowning them out were chants of “USA, USA” by Trump supporters and party loyalists.

The convention’s presiding officer, Arkansas Congressman Steve Womack, abruptly put the rules to a vote, and then declared that the effort had fallen short.

This discord inside the convention site mimicked the chaos on the streets, where several hundred Trump supporters and opponents held rallies a kilometer apart as the four-day convention opened.

There was a heavy police presence with officers from other states joining their colleagues in Cleveland. The deadly truck attack in France and the ambush killings of five police officers earlier this month in Dallas and three more in Baton Rouge, Louisiana, over the past weekend have heightened fears of violence in Cleveland.