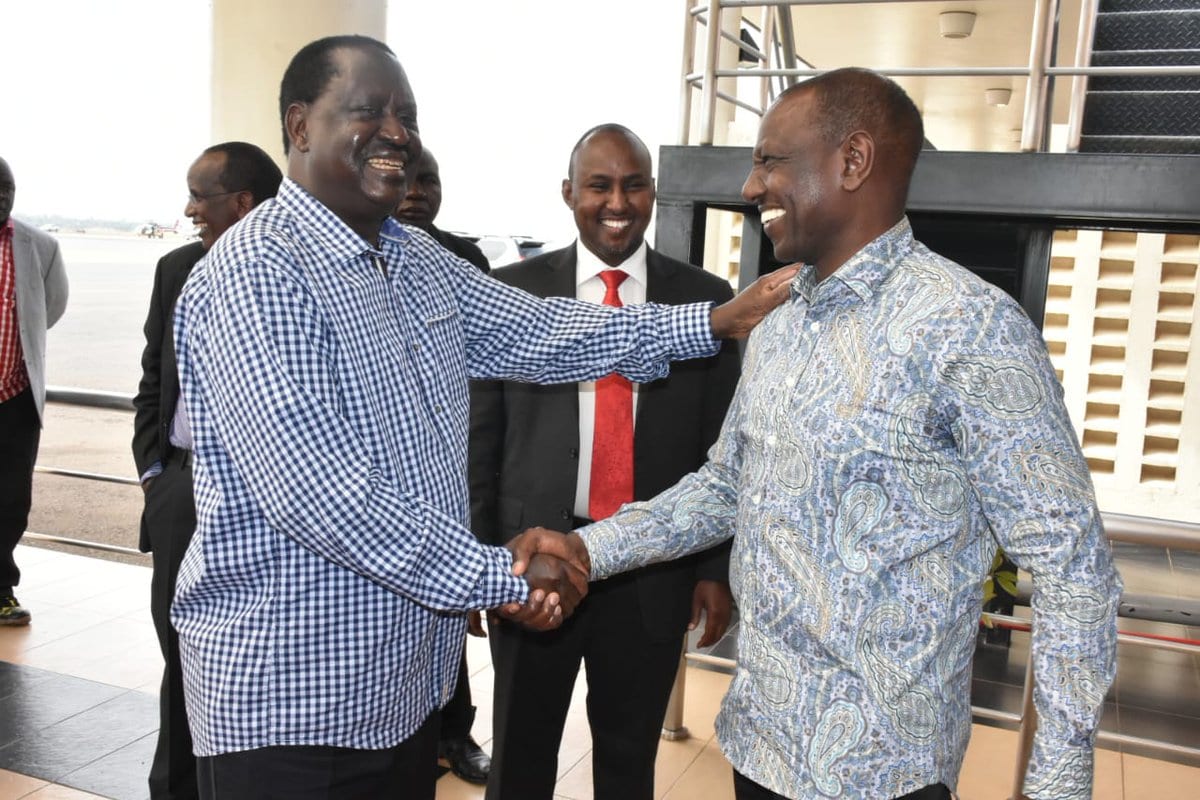 Orange Democratic Movement (ODM) party leader Raila Odinga has urged Parliament not to legislate against Deputy President William Ruto’s hustler narrative for the purposes of respecting his freedom of speech, however maintaining that it is still a dangerous line of politics.

Raila, in a statement to newsrooms on Wednesday, said the proposed Bill by Parliament’s National Security Committee – that seeks to criminalize the ‘hustlers versus dynasties’ campaign slogan and proposes severe fines, jail time and removal from office for any leader who propagates it – is unnecessary.

According to the former premier, DP Ruto and his team are guaranteed freedom of speech and association as enshrined in the Constitution hence they should be allowed to run their campaign in whichever way they deem fit.

He, however, maintained his stand against the slogan, urging Kenyans to see through its dangers and reject it when the time comes.

The opposition chief compared the ‘hustlers vs dynasties’ slogan to Adolf Hitler’s National Socialism, most often referred to as Nazism, the ideology of the Nazi Party, which ruled Nazi Germany from 1933 to 1945.

“Nazism profiled German society on the lines of race, social classes and tribe. It had the Aryan race, which it considered the master race, and whose survival Hitler pegged on the elimination of Jews, Romanis or Gypsies, the Indo-Aryan, the Slavs and the “inferior sub-humans” who were seen to be the problem in Germany. These ideologies caused a great deal of trauma to Germany and the world. They ended in the Holocaust. I fear the “hustlers vs dynasties” narrative will have the same deadly consequences for Kenya as Nazism did for Germany,” he stated.

“However, I would strongly appeal to members of parliament to drop any attempts to legislate against this otherwise deadly slogan. As a country, we fought for, and should respect free speech and association. We should be able to allow the Deputy President and his team to continue with their chosen slogan without any inhibitions.”

He further added: “Those of us who see its dangers should continue educating our people against falling for it. I have faith that Kenyans will see through this divisive and potentially deadly rhetoric and its attacks on fellow Kenyans, and reject it in the end.”