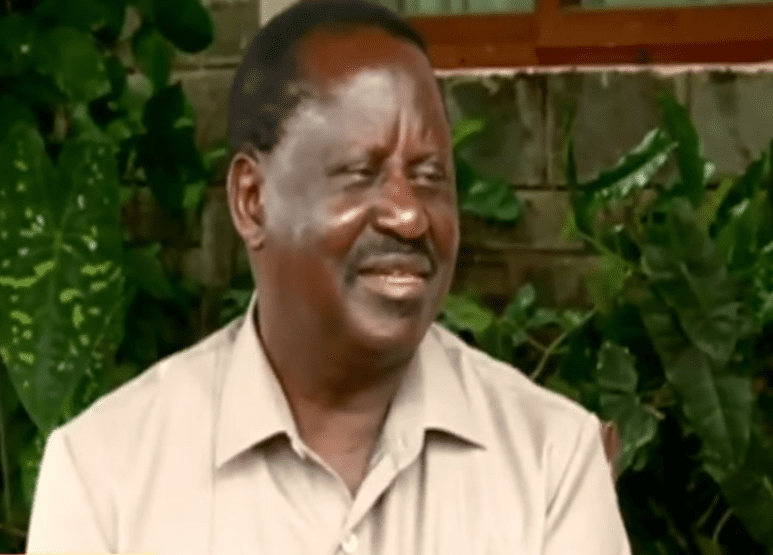 Opposition chief Raila Odinga has now come out to express skepticism on the war against corruption saying the fight has not been genuine enough.

Mr. Odinga, in a candid exclusive interview with Citizen TV at his Opoda Farm in Bondo, said the graft war needs to be directed towards individuals of power high up in the government with unexplained wealth.

“…you have a situation where individuals are moving around with sacks full of money every Sunday looking for harambees to go and donate. Until there is boldness enough to face those people directly and tell them to step aside we do lifestyle audit on you, we are just scratching the surface,” he said.

“We need to hold the bull by its horn, which individual can be having that kind of money to dispense? Having delegations at your place and giving them kiinua mgongo, it is the impunity of the highest order.”

The Orange Democratic Movement (ODM) party leader also spoke on his perceived bad blood with Deputy President William Ruto saying he has nothing against the country’s second in command.

Mr. Odinga scoffed at what he termed as DP Ruto’s victim mentality in the 2022 succession stating that the presidency isn’t a preserve for anyone.

“There are so many Kenyans who want to be president in 2022, not only the DP…that position is not reserved for the DP alone,” he stated.

The former premier signaled what could be the death of the National Super Alliance (NASA) saying what remains of it are merely “superficial party obligations” to the coalition which he insists ceased to exist the moment NASA failed to win the presidency.

He said: “NASA was a pre-election coalition, but if you have not won (then) that coalition automatically collapses.”

Mr. Odinga has, towards the end of 2019, been adversely mentioned in the new autobiography of Amani National Congress (ANC) party leader Musalia Mudavadi where the former Vice President claims the Uhuru Park mock swearing in was a one-man show.

He however also rubbished allegations by Mudavadi and fellow NASA co-principals, Ford Kenya leader Moses Wetangula and his Wiper counterpart Kalonzo Musyoka, that he betrayed them and left them in the cold on the day of the mock swearing in.

“The fact of the matter is that whoever was not there wasn’t there because they did not want to be there, not because they were denied,” said Mr. Odinga, adding: “I did not switch off the phone, the phones that were switched off are known but we managed to reach them and they were very honest saying this was dangerous.”

On the highly contentious Building Bridges Initiative (BBI) report, the ODM boss hinted that the report could undergo serious changes before going for a vote.

A conversation on the BBI report nearly split the country into two warring factions, the proponents and those opposed to it, but Mr. Odinga insists that he – alongside President Uhuru Kenyatta – must complete the job they began.

The BBI report was the product the surprise handshake between Mr. odinga and President Kenyatta at the height the post-election crisis.

According to Mr. Odinga, the tension between them at the time was quite palpable as both of them had taken an oath.

“The first meeting took 13 hours…(we were) taking a lot of water. We drove ourselves….the President getting stuck in traffic…we were just two of us, the only person allowed inside was the person bringing water,” he recalled.

It took two meetings for both leaders to break the ice, mistrust and breathe life to the BBI taskforce whose term has now been extended.