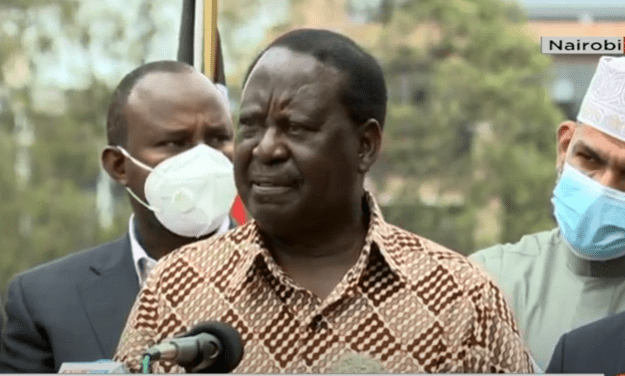 ODM Leader Raila Odinga has for the better part of the day been holed up in a meeting with the party leadership from across the 47 counties.

According to reports, the meeting was to be held at the Orange House- the party’s headquarters- but changed its venue to the Convent International Hotel to ward off journalists.

The meeting was attended by among others Mombasa Governor Hassan Joho and Council of Governor Chairperson Wycliffe Oparanya.

Although the details of the meeting are yet to be made clear, insiders say it was convened to review the Jubilee-ODM pact since the handshake.

There have been claims that the Jubilee party has not honored it pact with ODM despite the two parts being part of the handshake.

Critics of the Uhuru-Raila bromance have alleged a political betrayal saying the Jubilee party intends to leave the pact with ODM as the 2022 politics gather heat.

Elsewhere, those who claim to have insider details on the Tuesday morning gathering claimed ODM is pushing to have the incumbent Nairobi Governor deputized by someone from ODM.