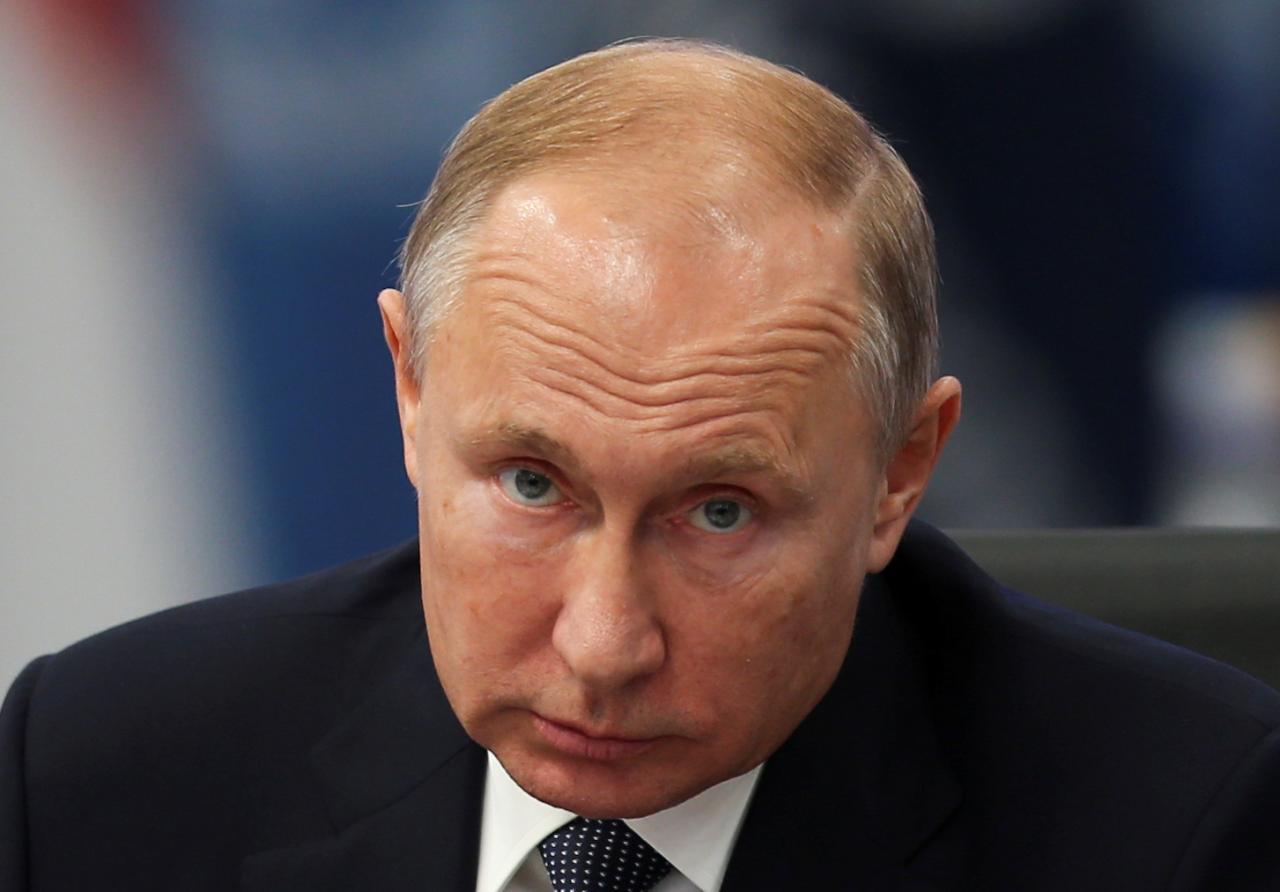 The 15-page report, released by the Office of the Director of National Intelligence, added heft to longstanding allegations that some of Trump’s top lieutenants were playing into Moscow’s hands by amplifying claims made against then-candidate Joe Biden by Russian-linked Ukrainian figures in the run-up to the Nov. 3 election. It also added new findings that Putin either oversaw or at least approved of the election meddling to benefit Trump.

Washington is expected to impose sanctions on Moscow as soon as next week because of the allegations, three sources said on condition of anonymity.

The findings about Putin’s role are likely to receive particular attention given the report’s conclusions that Russia-backed figures such as Ukrainian parliamentarian Andriy Derkach enlisted unnamed U.S. political figures in their campaign to smear Biden and his son Hunter.

The report named Derkach, who met Trump’s lawyer Rudy Giuliani in 2019, as someone whose movements were tracked, if not directed, by Putin.

“Putin had purview over the activities of Andriy Derkach,” the report said. “Other senior officials also participated in Russia’s election influence efforts – including senior national security and intelligence officials who we assess would not act without receiving at least Putin’s tacit approval.”

Mueller found extensive contacts between Trump’s campaign and Russia. Trump while president also faced questions about ties by his associates with Russia and Russia-linked figures in Ukraine. The U.S. House of Representatives impeached Trump in 2019 – the first of two times – on charges arising from his request that Ukraine investigate the Bidens.

The U.S. intelligence report also found other foreign attempts to sway American voters in 2020 including a “multi-pronged covert influence campaign” by Iran intended to undercut Trump. As president, Trump pulled the United States out of a multilateral nuclear deal with Iran and imposed fresh sanctions.

The report also punctured a counter-narrative pushed by Trump’s allies that China was interfering on Biden’s behalf, concluding that Beijing “did not deploy interference efforts.”

“China sought stability in its relationship with the United States and did not view either election outcome as being advantageous enough for China to risk blowback if caught,” the report said.

U.S. officials said they also saw efforts by Cuba, Venezuela and the Lebanese militant group Hezbollah to influence the election, although “in general, we assess that they were smaller in scale than those conducted by Russia and Iran.”

The Russian, Chinese and Cuban Embassies in Washington did not immediately return messages seeking comment. The Iranian mission to the United Nations and the Venezuelan Ministry of Information also did not immediately respond to requests for comment. Moscow, Beijing and Tehran routinely deny allegations of cyberespionage and election interference.

The White House did not respond to a request for comment on whether sanctions would be imposed on Russia as early as next week, which was first reported by CNN.

Asked about CNN’s report, a U.S. official said Biden had “been clear” Washington would respond to destabilizing Russian actions and noted U.S. steps to respond to Russia’s alleged us of a chemical weapon against Kremlin critic Alexei Navalny.

“There will be more soon,” said the official on condition of anonymity.

Moscow has denied involvement in the hack and brushed off the bounties allegations.

The intelligence report assessed with high confidence that Russian leaders “preferred that former President Trump win re-election despite perceiving some of his administration’s policies as anti-Russia.”

A key role was played by another man with Russian intelligence ties, Konstantin Kilimnik, according to the report. It said Kilimnik and Derkach met and gave materials to Trump-linked people to push for formal investigations, and Derkach released four audio recordings seeking to suggest Biden tried to protect his son Hunter from a corruption probe in Ukraine. Giuliani was among those promoting such claims.

Kilimnik was an associate of Paul Manafort, who served as Trump’s 2016 campaign chairman. Trump pardoned Manafort last year for a criminal conviction stemming from Mueller’s investigation.

Russian agents also tried to hack subsidiaries of the Ukrainian energy company Burisma, “likely in an attempt to gather information related to President Biden’s family,” it said. Hunter Biden had served on Burisma’s board.