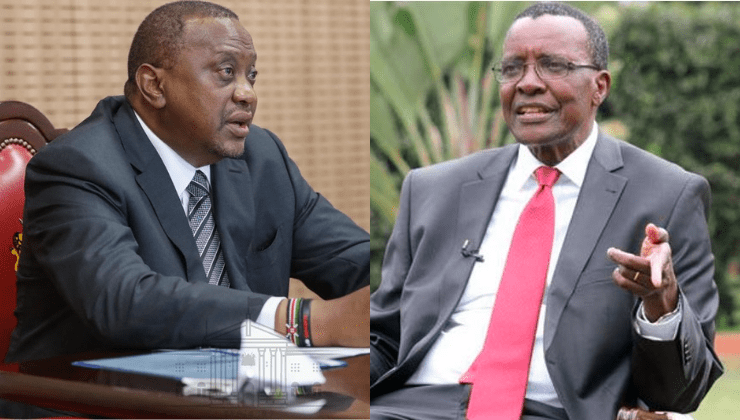 Retired Chief Justice David Maraga says President Uhuru Kenyatta has failed in his obligation to uphold and defend the Constitution and should therefore be impeached.

Speaking in an exclusive interview with Citizen TV, Maraga faulted President Kenyatta for not swearing in the 41 judges recommended by the Judicial Service Commission (JSC) as required by the law, even after three court orders were issued directing him to do so.

“That is a Constitutional duty placed on the president. The President says he can’t appoint because there are issues; issues which he does not want to reveal. There are three court orders directing the president and even giving him a time frame and he has not appointed. As far as I am concerned that is a violation of his constitution duty. In fact if it was in other countries, the president would be impeached because he swore to uphold and defend the constitution,” said Maraga.

“If you have failed on a constitutional duty which is placed upon you, the recourse for the president would be impeachment. But that does not happen in jurisdictions like ours and that is why it has persisted up to now.”

The 41 judges were recommended by JSC for appointment to the Court of Appeal, the Environment and Land Court and the Employment and Labor Relations Court in July 2019 and are yet to be appointed.

In his defence against the apparent refusal to appoint the judges, the President argues that some of the 41 nominees have integrity issues.

However, Maraga says the Executive failed to table before the JSC or his office the alleged information of lack of integrity it has against some of the 41 judges.

“When you apply to be appointed a s a judge there is background work that we do. We write to all government agencies including NIS, DCI, DPP, AG, KRA and even the civil society and ask them for any cause why a particular person should not be appointed if they pass the interview. In the case of the 41 judges, in the course of the interview we found we had not received any communication from the NIS. I took it up and they said they had issues with some candidates but could not give details,” added Maraga.

David Maraga: When one applies to be a judge, we do due diligence. In the case of the 41 judges, we had not received info from NIS. They said they had somethings to say about the candidates but could not give details….#Tonight@YvonneOkwara pic.twitter.com/zokiFfjdWo

The former Chief Justice maintains that no one is above the law and that the President should be held accountable since he has violated the Constitution which he swore to defend and uphold.

“The Kenyans have representatives in Parliament. I believe there is a provision that Parliament could use to impeach the President so that everybody is held accountable. I hear people out here saying the President cannot be sued. The President is sworn. The legitimacy of the president’s powers is from the Constitution, which he should uphold and defend. If he fails to defend the Constitution as required, some action has to be taken against him and for me that is impeachment,” concluded Maraga.