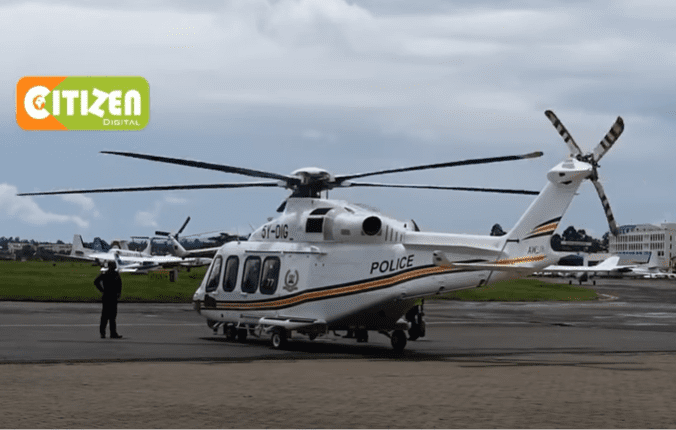 All State owned aircraft in the country will now be under the management of the Kenya Air Force.

In a move read as the latest step towards the militarization of certain operations, President Uhuru Kenyatta is set to issue an Executive Order that will have crews in all government aircraft report to the Kenya Air Force Commander.

On Tuesday this week, Kenya Air Force Commander Maj. General Francis Ogola and Police Inspector General Hillary Mutyambai visited the Kenya Police air wing hanger at the Wilson Airport, and during a meeting with pilots and engineers, the changes were announced.

Sources privy to the changes intimated to Citizen TV that all aircraft owned by the National Police Service (NPS), Kenya Power, Kenya Forest Services (KFS), Kenya Wildlife Services (KWS) and other State agencies will be managed by Kenya Air Force.

The highly placed source stated that all government helicopters and fixed wing planes will be rebranded to Kenya Air Force colours in what is expected to bring about accountability.

Upon the issuance of the Executive Order, while the planes remain owned by the parastatals, the management of crew and travels across the country will be executed under the oversight of the airforce.

The move, according to observers, is the latest showing of President Uhuru Kenyatta’s firm belief in the military; a trend that has seen members of the disciplined forces handed key civilian responsibilities in state institutions, one of the most notable shifts was the appointment of Major General Mohammed Badi to head the Nairobi Metropolitan Services (NMS).

Maj. General Ogola last week met top ranking officials from all State departments that own aircrafts to deliberate on the plans that we are reliably informed are already advanced.

Sources within the police air wing however revealed that there is already friction from the two outfits, as a section of the more than 150 officers at the Kenya Police air wing feel their mandate is being taken over by their counterparts charged with the responsibility of tackling external aggression.