‘Prepare for Raila to be the 5th President,’ Murathe says 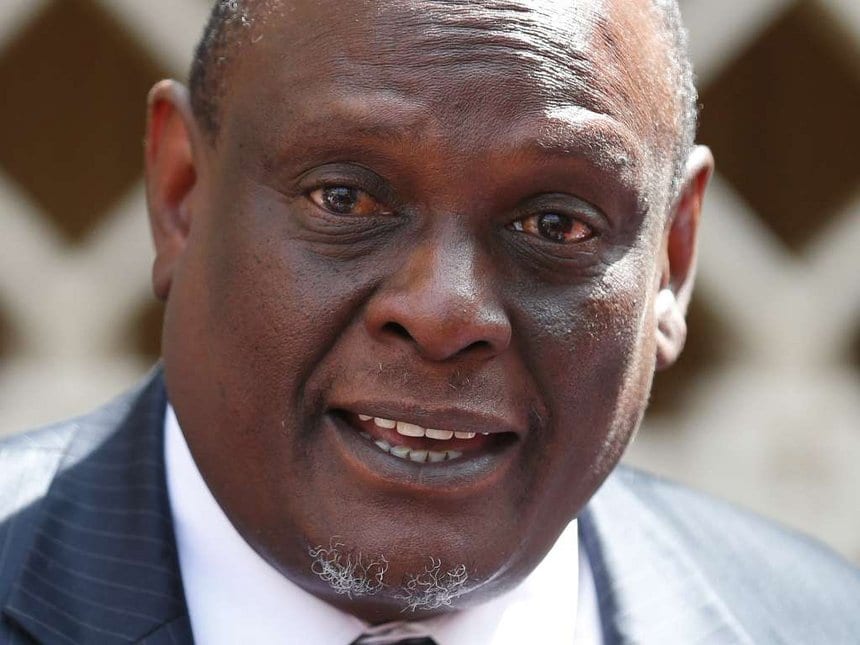 Murathe was addressing a youth forum in Central Kenya on Wednesday where he drummed up support for the Former Prime Minister.

“I have said and I say it again prepare for Raila presidency in 2022,” Murathe said.

He also noted that there is a team that has been deployed to work on the modalities of having a Raila presidency with or without the BBI.

“As we speak we want to ensure Jakom is president with or without the BBI,” Murathe said.

The ODM leader, present in the meeting, seized the opportunity to drum up support for his 2022 bid, saying Central Kenya stands to benefit most from his presidency.

He took the youth down memory lane, reminiscing how his father Jaramogi Odinga stayed put and demanded the release of Mzee Jomo Kenyatta in the early 1960s  despite an offer made to him by british colonialists.

He alluded to recent history and rekindling memories of the national rainbow coalition where he endorsed retired President Mwai Kibaki in 2002 in Nairobi’s Uhuru Park.

Odinga using the stage in a quest to debunk the notion that the Central Kenya region will not back his bid this time around.

The Court of Appeal is expected to make a ruling in two weeks time on the fate of the BBI initiated constitutional reforms that Odinga says contain much of his plans to stabilize the country’s economy.

The ODM boss also rooted for the rural economy and a Korean borrowed model of making rural areas liveable and discouraging rural urban migration to ensure people make good use of arable land at their disposal.