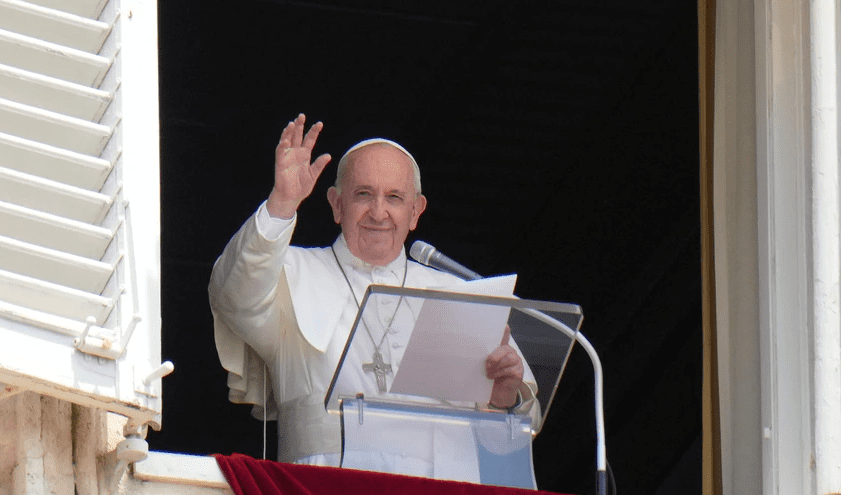 Pope Francis’ progress following intestinal surgery is going normally, and he slept well and got up to walk, the Vatican said on Tuesday.

He said in a statement that the pope also had breakfast and read several newspapers.

The 84-year-old pope underwent a three-hour operation on Sunday night known as a left hemicolectomy, a procedure in which one side of the colon is removed.

He is expected to stay in Rome’s Gemelli hospital for seven days barring any complications.

Francis timed the surgery for the start of July, a month in which he traditionally slows down, cancelling all public and private audiences.

His only public commitments in July are his Sunday blessings in St. Peter’s Square.

It was still not clear if he would leave the hospital in time to recite it at the Vatican this Sunday or if he would preside from his window at the Gemelli, which the late Pope John Paul II did several times.

The sprawling Catholic-run Gemelli hospital and medical school in the northern part of Rome traditionally treats popes and a part of its 10th floor is permanently reserved for them. It includes its own intensive care unit.

The surgery was for symptomatic diverticular stenosis of the colon, the Vatican press office said. It has issued only four short statements so far on his health.

The condition, more common in older people, sees sac-like pouches protrude from the muscular layer of the colon, leading it to become narrow and causing pain and inflammation.

It was the first time Francis has been hospitalised since his election as pope in 2013.

When Pope John Paul was in the same hospital, the doctors issued signed medical bulletins with many details and occasionally met the media.

The guidance is believed to come directly from Francis, who guards his privacy more closely than John Paul, who was hospitalised at the Gemelli several times during his 27-year pontificate.