Politicians lead in defiance of new COVID-19 directives for funerals 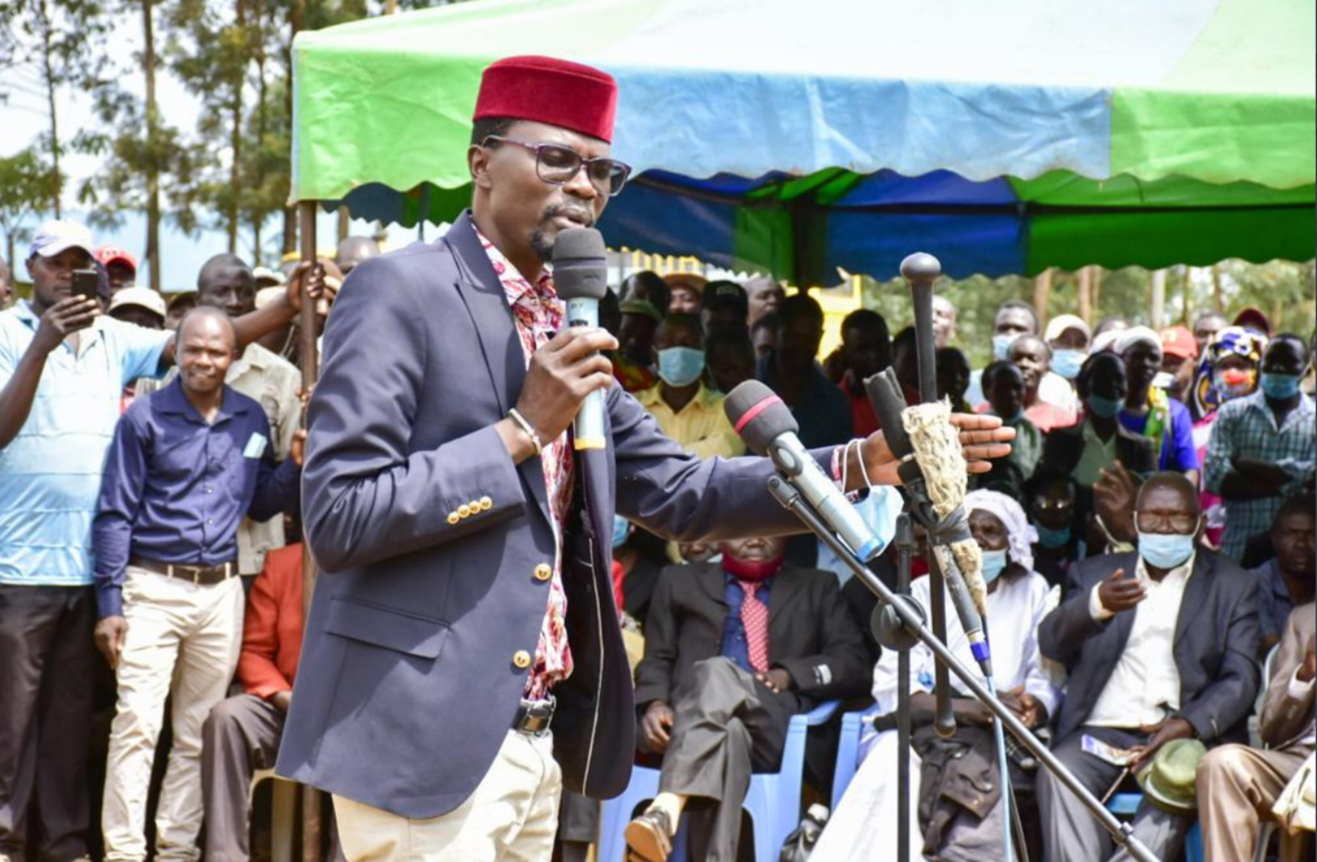 Though the president directed that funerals be attended by close family members and capped the number of attendees at 100, political leaders led hundreds of residents to the home of Mzee Peter Watangwa, the uncle to former UNCTAD Secretary-General Mukhisa Kituyi in Bungoma for his funeral where social distance was violated.

The big question is where were the law enforcement agencies tasked with enforcing the protocols?

Despite COVID-19 continuing to wreck havoc in the country, hundreds of mourners on Saturday trooped in for the he funeral of Mzee Peter Watangwa, uncle to UNCTAD Secretary General Dr. Mukhisa Kituyi who is eyeing the presidency in 2022, this against President Kenyatta’s order capping the number of mourners at a funeral at 100 persons.

Leaders who were expected to lead by example mingled freely and in abandon; masks were not worn and social distancing was utterly disregarded.

Similar scenes played out in the tents and the sitting areas where the residents followed the funeral proceedings, masks were either not worn completely, worn incorrectly and there was simply no social distancing.

This was despite a number of the attendees falling under the vulnerable group that is at risk of contracting the virus.

Though president Kenyatta directed the law enforcement agencies to enforce the order and ensure compliance, none was in sight and those present were mere spectators.

And when the time for the speeches came, it was ironical that Bungoma Senator Moses Wetangula pronounced his support for the presidents directive, but urged enforcement authorities not to harass Kenyans.

“Instead of the police arresting Kenyans for failing to wear a mask, they should give them masks.” Wetangula said on Saturday.

Politics would take center stage soon after, with Dr. Mukhisa endearing himself to the masses, saying he is the best bet in 2022.

Kimilili MP Chris Wamalwa who was in attendance said they would leave Wetangula, Mudavadi and Mukhisa to decide on 2022 as long as whatever union ensured the CDF funds got to all constituencies.

Further away in Kericho, the defiance continued as over 500 KNUT members met to elect a new representative, there too social distancing was disregarded and the members interacted freely.

It was during the hotly contested elections that Wilson Sossion was dealt a blow as his fiercest rival Stanley Mutai won the election and vowed to unseat him as Secretary General in the national elections.

And while Kenyans continued to disregard the directives, the COVID-19 caseload rose further as the last 24 hours accounted for the highest number of new cases this year at 870.

Seven new deaths were also recorded with the Ministry of Health calling for heightened to surveillance if the COVID curve is to be flattened.