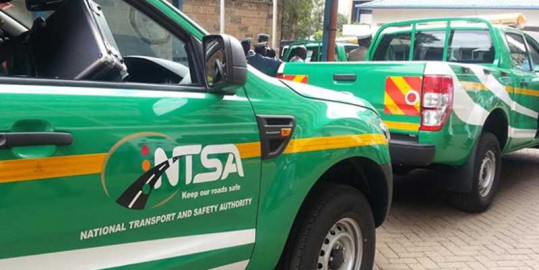 Road Safety Association of Kenya has filed a case at the Milimani Law Courts seeking to have the National Transport and Safety Authority (NTSA) return on the roads to conduct its duty.

Through its chairman David Kiarie, the association argues that there is a worrying trend of road accidents and if NTSA will not be allowed to return to the roads they will escalate during this festive season.

He says that the recent accident that happened in Mwingi and Embu could have been avoided if NTSA was on the road.

"That had NTSA been on the road, the said accident could have been avoided as there would have been compliance with the set road safety measures, the NTSA Act and the Traffic Act," reads court papers.

Similarly, the association claims that prior to the removal of NTSA from the roads accidents were on the decline.

President Kenyatta ordered National Transport and Safety Authority (NTSA) off the roads in December 2018 to leave the police with the enforcement of traffic rules.

The Head of State made issued the directive at the funeral service of three African Independent Pentecostal Church of Africa bishops who died in an accident on the Embu-Nairobi road.