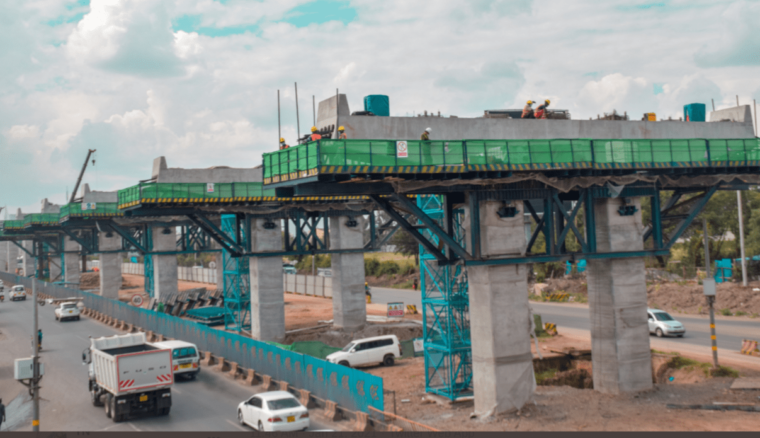 Upon its completion, the Nairobi Expressway will slash the commute time from Westlands to the JKIA to just 15 minutes during peak time.

According to the Presidential Delivery Unit (PDU), the expressway will enhance Nairobi’s competitiveness as a regional hub by decongesting the CBD and Northern transport corridor.

The Nairobi Expressway is on course to becoming a reality as key project milestones continue to be achieved. On completion, the Expressway will slash commuting time between Westlands and the JKIA from around 2 hours at peak time to just 15 minutes. pic.twitter.com/8Xvv6iGi1p

According to the PDU the expressway has created over 200 jobs for Kenyans and provided markets for locally manufactured goods.

The expressway is expected to boost the economy by reducing time lost in traffic and saving transport costs.