One dead, 9 hospitalized after consuming illicit brew in Nyahururu

By petermwangi12 For Citizen Digital 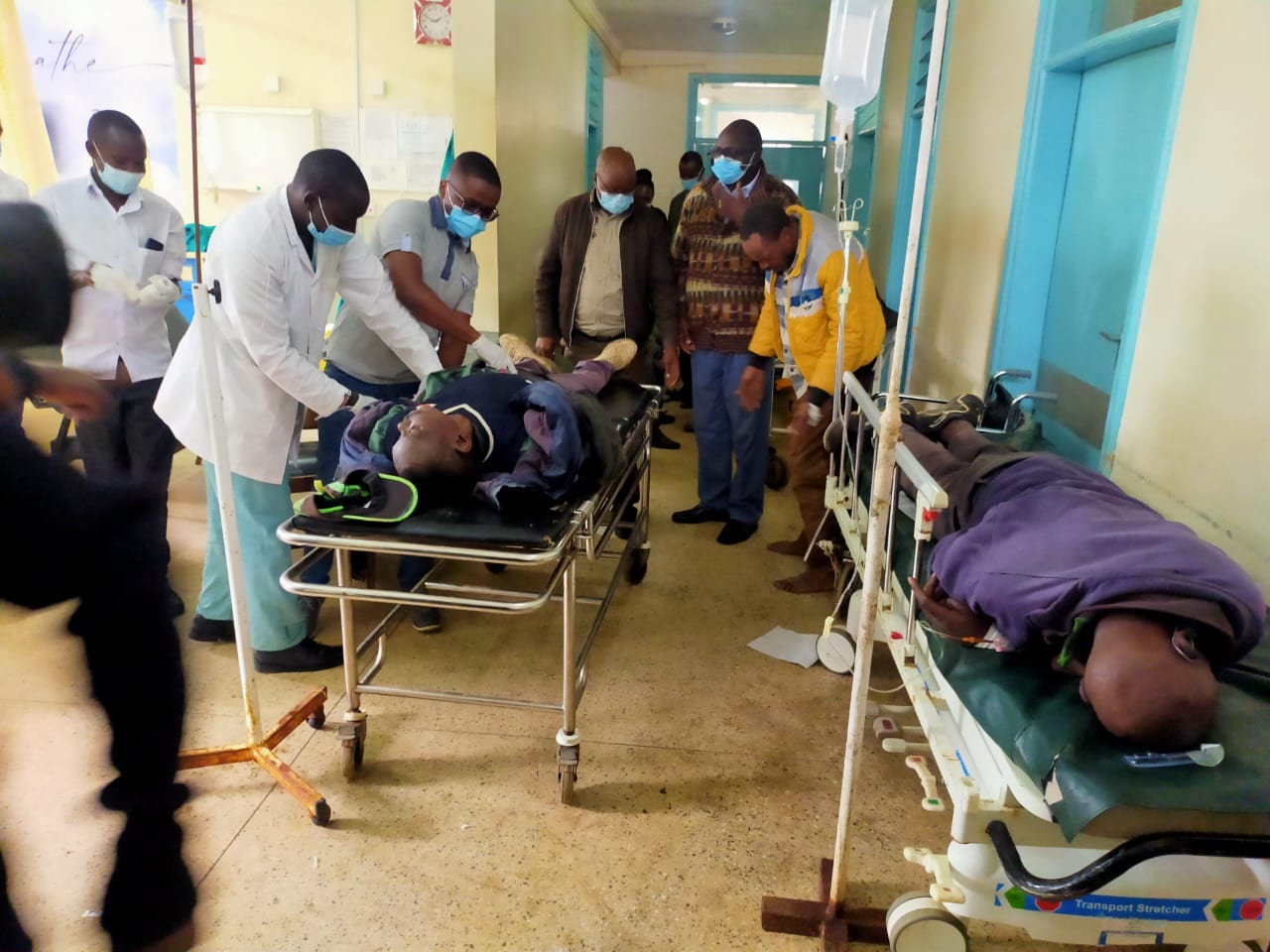 One person has been confirmed dead in Nyahururu town after consuming illicit alcohol.

According to Dr. Felix Masongo, who was among the medical personnel attending to the patients, they became ill on Sunday morning after experiencing vomiting and stomach aches.

He stated that the victims were picked from various locations, but the majority of them were picked while unconscious from a single point.

According to Dr. Masongo, three of them have since been treated and discharged but are being monitored, while six others have been admitted to the hospital and are being stabilized.

Though he was unable to determine the type of liquor they had consumed, he did notice that it was laced with a poisonous substance.

Dr. Donald Mugoi, the Laikipia County Chief Officer for Health and Medical Services, echoed his sentiments, noting that the substance was being investigated to determine its composition.

He warned revelers not to consume illegal brews and drinks from unlicensed establishments, saying it would not only harm them but also make catching the perpetrators difficult.

According to the residents, one of the bar owners invited them to a party after his wife gave birth.

They were then offered alcohol and after which things went downhill .

Local residents have since urged the government to crack down on unlicensed liquor and brews in order to prevent future incidents.

They also want the Laikipia county government to investigate unlicensed bars, wineries, and spirit outlets in an effort to reduce the sale and distribution of such liquors.