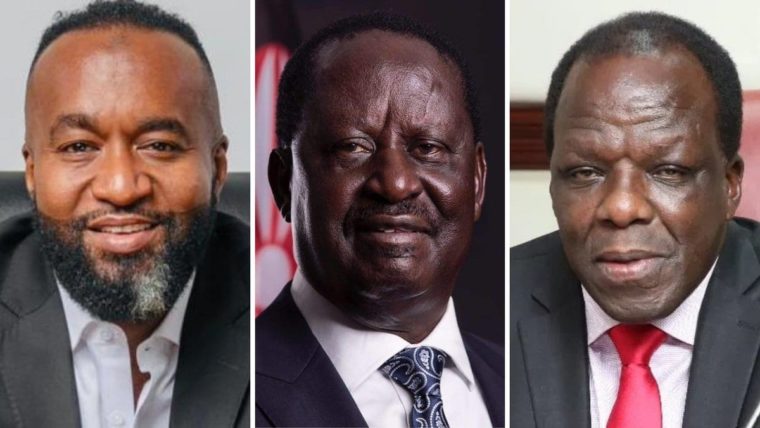 The ODM Party now says that a statement sent out to the media on Thursday and which claimed that Raila Odinga would battle for the party’s presidential ticket with his deputies Ali Hassan Joho (Mombasa Governor) and Wycliffe Oparanya (Kakamega Governor) was a well-executed April Fool’s Day prank.

In a statement on Friday, the ODM party Secretary General Edwin Sifuna said the party ‘took the liberty of joining in the days pranks with our communication yesterday knowing well our friends in media and politics would not know better’.

According to Sifuna, ODM’s political opponents took swallowed the hook line and the sinker, falling head first into ODM’s prank and ‘coming out guns blazing and mouths frothing’.

“They came out guns blazing, frothing at the mouth at April Fools misdirection, you need to lighten up my, friends. It’s never that serious” Sifuna said in the statement.

According to Sifuna, the ODM leader had not applied for the Party’s ticket as had earlier been communicated.

“Raila Odinga did not apply for the Party’s ticket, His long held position is that he will not discuss 2022 until after the BBI process is done,” Sifuna added.

On Thursday, the ODM party said the three candidates beat the March 31, 2021 deadline for submission of application.

The party’s National Elections Board said it would now scrutinize the three applications, vet the candidates as required by the ODM elections and nomination rules.

Thereafter, an announcement would be made on the next course of action in line with the ODM Constitution.

On January 21, 2021 the National Elections Board sent out a notice declaring the commencement of the process of nomination for ODM presidential candidate.

Those interested were required to meet the criteria spelt out in both the Constitution of Kenya and ODM Party Constitution and submit their applications not later than February 26, 2021.