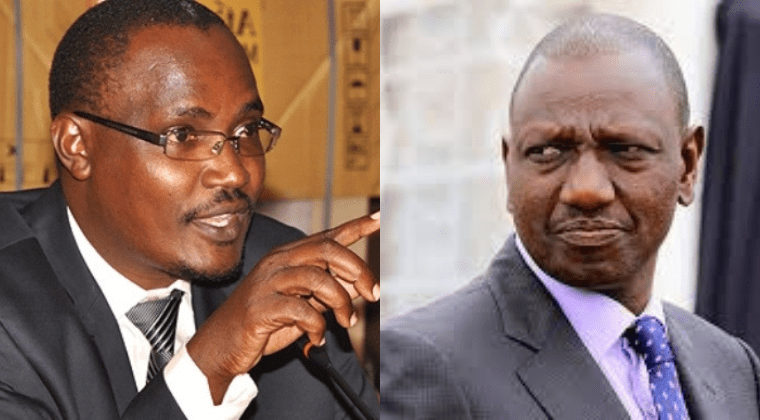 Mbadi said DP Ruto and his cronies have been bragging that they won against ODM during the recently concluded Msambweni parliamentary seat by-election yet the winner was an independent candidate.

He said the ODM party is waiting for the deputy president to unveil his candidate for the Nairobi seat so that they can prove him wrong that he may not be as not popular as he imagines.

The legislator who was speaking at the burial of Walter Adede in Suna West said the popularity of a party is not determined by a by-election.

He asked the deputy president to prepare himself for a humiliating defeat should he field a candidate in the upcoming by-election.

The Nairobi by-election is scheduled to take place in February 2021 with the national polls body having received the list of aspirants who intend to contest for the seat.

Former Dagoretti South MP Denis Waweru who warmed up for the seat in 2017 has expressed interest as a Jubilee candidate.

He may have to battle it out with Agnes Kagure, a businesswoman whose name has featured as a possible top candidate since Sonko’s ouster.

ODM party leader Raila Odinga has indicated a desire for his party and Jubilee to cooperate in picking a candidate.

“Whatever working condition we can craft in Nairobi, which is cosmopolitan and we share it with Jubilee, we will negotiate and get a suitable pair that we can deliver for the people of Nairobi,” he said during an interview.

Former Kiambu Governor Ferdinand Waititu has also revealed plans to take part in the Nairobi by-election as an independent candidate.