Not without a fight: Omanga, Mwaura take on Jubilee Party 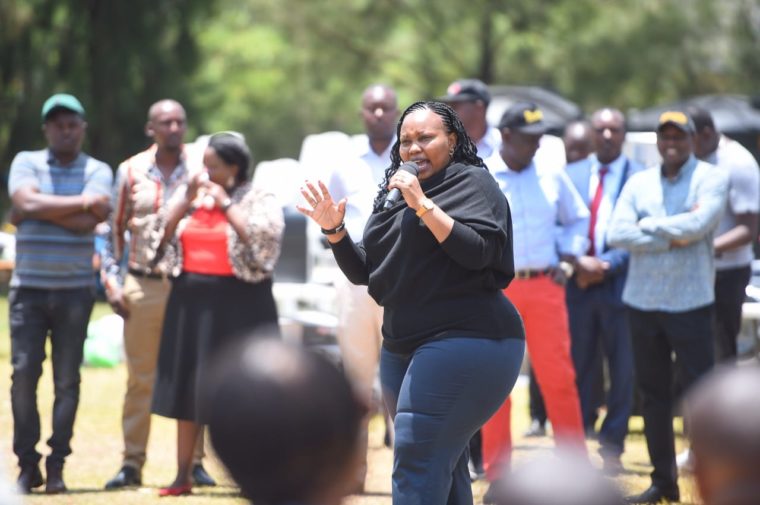 The Registrar of Political Parties has been barred from effecting the suspension of Senators Millicent Omanga, Isaac Mwaura and four others until the case is heard and determined.

This after Senators Omanga and Mwaura filed a notice of motion of application under a certificate of urgency at the Political Parties Dispute Tribunal.

“That pending hearing and determination of this application inter partes, the 2nd respondents by themselves, their agents and/or servants be and are hereby restrained from removing the name of the Applicants from the membership list of the 1st respondent on the strength of the expulsion letter dated 8th February 2021,” the order from the tribunal reads.

Senator Omanga explained that they moved to the Political Parties Dispute Tribunal in pursuit of justice against what she termed as unfair expulsion by Jubilee party.

“Justice is already trickling Godspeed. As Martin Luther King, Jr. taught us: the arc of the moral universe is long, but it bends toward justice,” she said on Twitter.

The Jubilee party on Monday announced the expulsion of the nominated senators on grounds of disciplinary violations.

Jubilee Secretary General Raphael Tuju said the National Management Committee had met and deliberated on a report filed by the party’s disciplinary committee.

The Senators had appeared before the committee last year and this year on grounds of disciplinary matters as per article 13 of the party’s law.