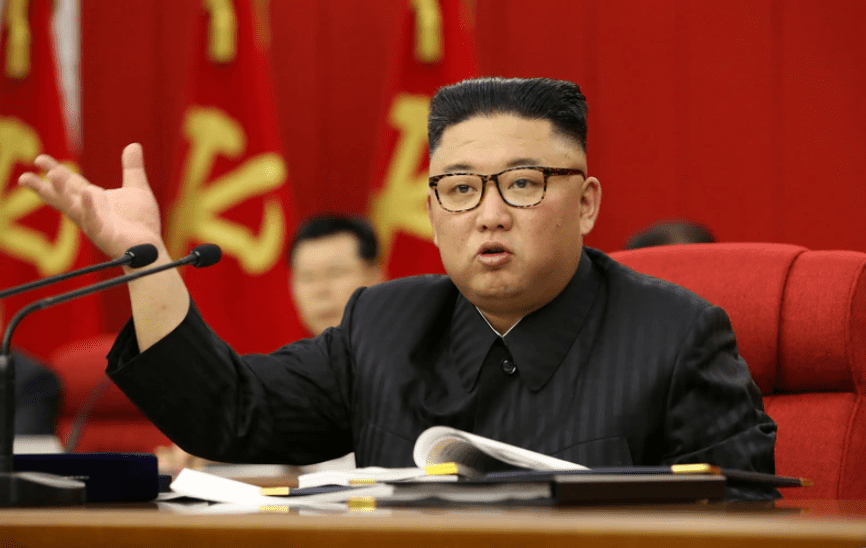 Kim said the measures were necessary since “the world health crisis is becoming worse and worse due to the malignant virus,” KCNA reported.

The statement did not specify how long the lockdown would last, but said party leaders were preparing for its “prolonged nature.”

North Korea, which has a population of more than 25 million, continues to insist it has not found a single COVID-19 case. It was one of the first countries to seal its borders due to the coronavirus.

The country has given few signs of opening back up. Last month, state media warned that vaccines produced overseas were “no universal panacea.”

COVAX, the global vaccine-sharing program, had expected to send nearly 2 million doses of the AstraZeneca vaccine to North Korea by the first half of this year. But that has been delayed due to global supply shortages and ongoing negotiations between COVAX and Pyongyang.

“But all signs currently point to this modest opening being 100% reversed,” tweeted Chad O’Carroll, the founder of NK News, which maintains sources in the country.

Kim’s latest comments suggest “the border will be FULLY closed for much longer than we thought,” O’Carroll added. “This means vital imports like fertilizer and industrial inputs will be lacking, compounding problems.”

On Tuesday, NK News reported that the price of some imported goods increased dramatically, with a kilogram of bananas selling for as much as $45 in Pyongyang shops.

Fears of a bad harvest are also mounting. During this week’s Workers’ Party meeting, Kim Jong Un acknowledged “the people’s food situation is now getting tense,” saying the North’s agricultural sector failed to fulfill its grain production plan due to the damage by typhoons that hit the country last year.

North Korea has faced what some analysts call the “triple whammy” of extreme weather, the coronavirus pandemic, and U.S.-led sanctions, which attempt to cut off North Korea from the global economy as punishment for its nuclear weapons program.

U.S. President Joe Biden has said he is open to talks with North Korea, but Pyongyang has so far rejected the offer, saying the United States needs to drop its “hostile policy.”

North Korea experienced a devastating 1990s famine that killed at least hundreds of thousands, and possibly millions of people. Kim has repeatedly warned citizens that they must now overcome serious hardship, at times even evoking the same language used to describe the 1990s famine.

However, there is virtually no way to know the country’s current situation, since most foreigners, including aid workers and diplomats, have departed because of the pandemic.