Ngilu to Uhuru: Why don’t you support me as Kenya’s first female president? 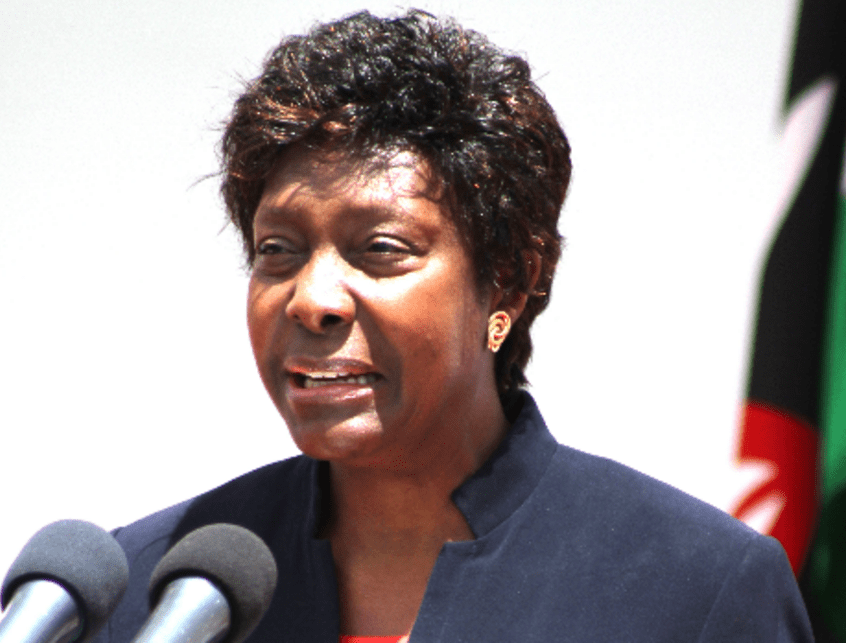 Kitui Governor Charity Ngilu has asked President to leave the country in a safe pair of hands once he leaves office in 2022.

“Mr President, I once heard you say that you would be happy one day to see a woman president, why don’t you say it is Charity Ngilu?” She posed.

She promised to include the leaders present, including Musalia Mudavadi and Kalonzo Musyoka in her cabinet, claiming it would be ‘a very good cabinet’

During her address, she lauded the Uhuru-Raila handshake and the proposed referendum, saying it will foster peace and prosperity in the country.

At the same time, she asked the leaders present at the funeral including Raila to ensure that the leadership of the country does not go to a ‘known conman’

The family matriarch died on December 28, 2020 while undergoing treatment at the Nairobi Hospital.

Mama Mudavadi, who was born 1928, was the widow to the late Cabinet Minister Moses Mudamba Mudavadi and mother to former Vice President Wycliffe Musalia Mudavadi.

The burial ceremony is taking place at her home in Mululu, Vihiga County led by Rev. Aggrey Mukilima and Rev. Abel Onzere of Friends Church.

Mama Hannah went to Kiima Primary School which is now known as Bunyore Girls. She got married in 1946.