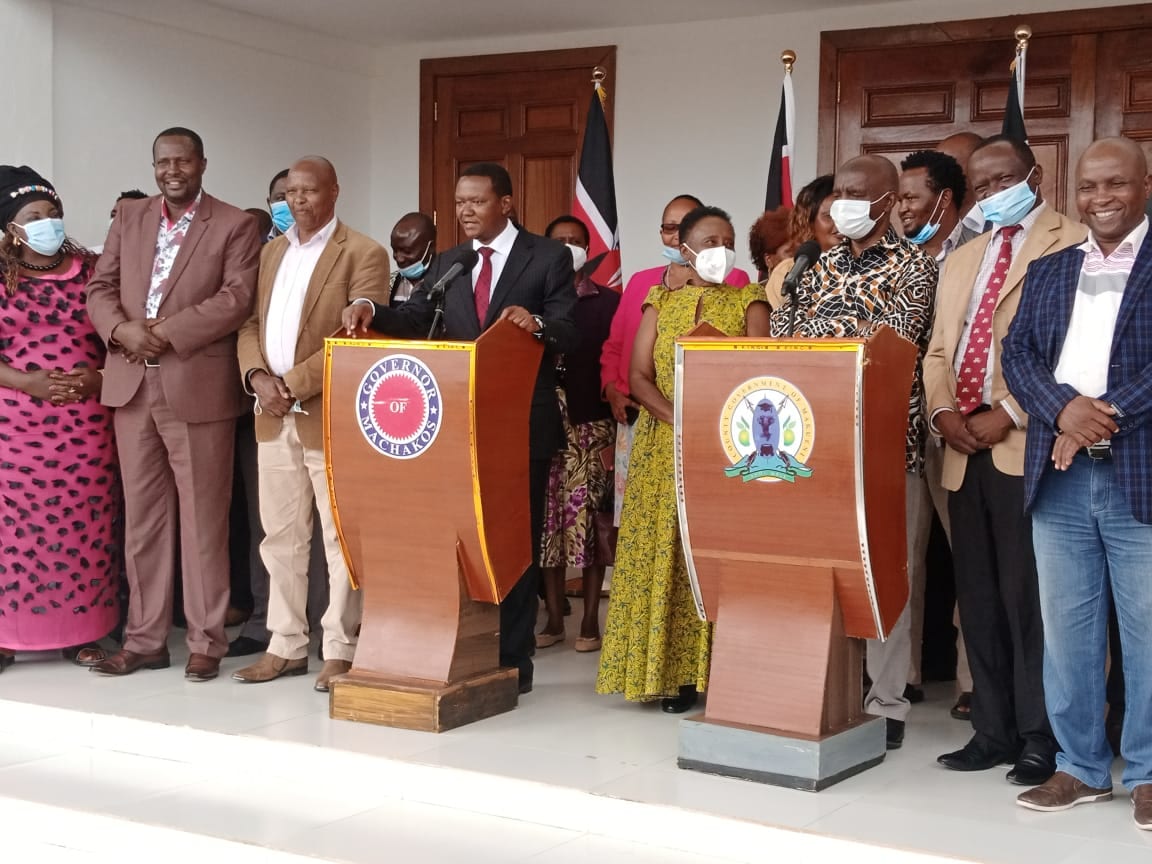 The duo resolved to support the BBI bill after meeting with MCAs from their respective assemblies on Monday.

Governor Mutua had previously warned President Uhuru that the Bill faced spectacular failure in the region if its proponents continued to sideline leaders from the region.

Speaking after announcing the change of tune, Governor Kivutha said that during public participation, residents of his county said the increase in revenue to counties from the current 15% to 35% would greatly change lives.

He Tweeted: “I have listened to the voice of the people in the just concluded BBI Public Participation forums. Wananchi said the 15 percent revenue allocation to counties had greatly transformed rural economies. In that regard, I wish to respect the will of the people & ask MCAs  to do the same,”

The 2022 presidential hopeful was previously anti-amendments and was among leaders who had called for a nationwide consensus on the bill instead of a referendum.

He was also part of Linda Katiba movement alongside Narc Kenya’s Martha Karua, Economist David Ndii, Musician and lobbyist Juliani among others.

The lobby group which was launched in early February recently began a campaign, to ostensibly galvanize Kenyans in rejecting the ‘vandalization, abuse and cannibalization of the 2010 constitution’

According to Ndii, Kenyans would return to the dark days that preceded the introduction and struggle for multi-party democracy if the Bill is passed.

Among the new proposals in the BBI Bill is the re-introduction of the Prime Minister position, appointment of a Judiciary Ombudsman among others.

So far, 12 assemblies have passed the bill.