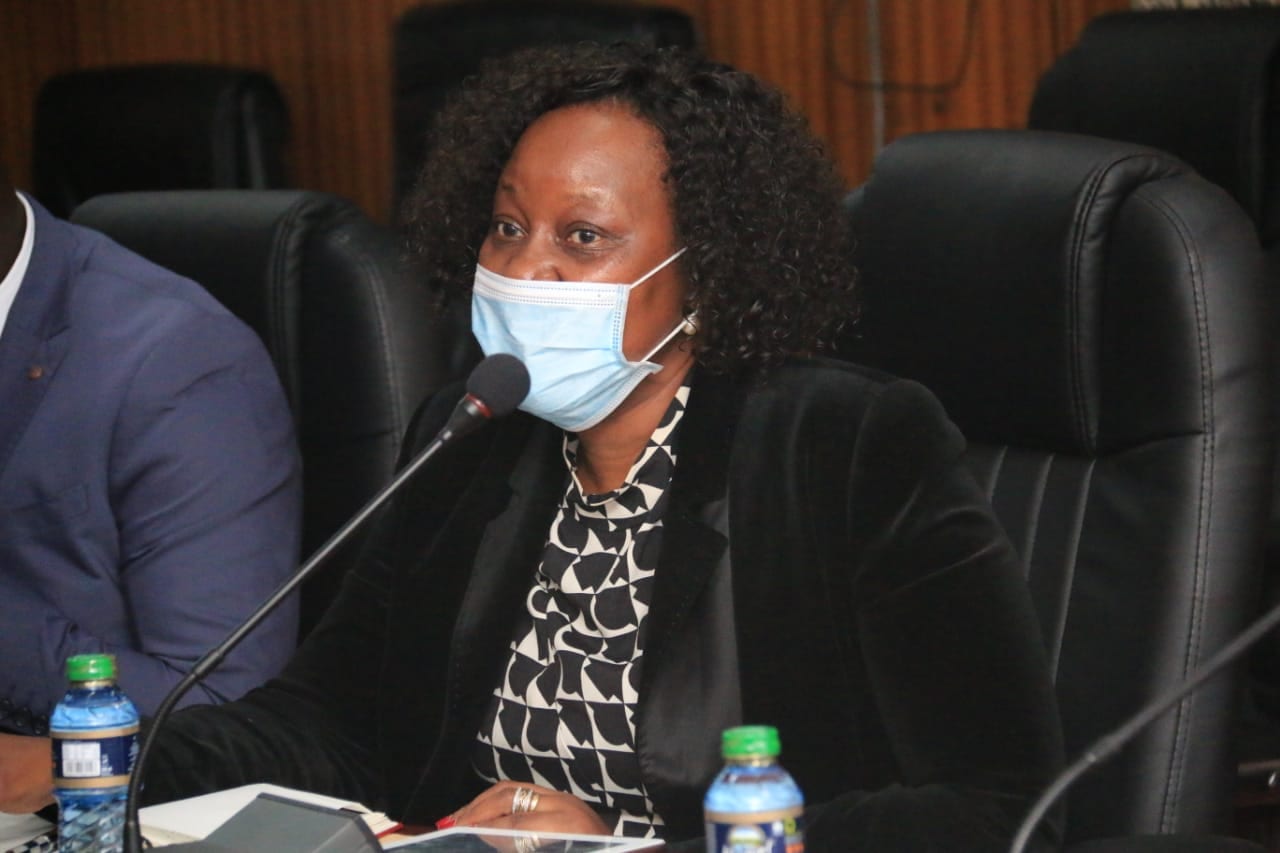 On Monday, she was welcomed by the Agriculture, Livestock, Fisheries and Cooperatives CS Peter Munya.

She paid CS Munya a courtesy call as she assumed her duties at the end of the mandatory two-week quarantine.

Mrs. Mucavi who was appointment on November 1, 2020, was previously the Director of the FAO Liaison Office at the United Nations Headquarters in New York.

Currently, technical teams from FAO, MOALF&C and Council of Governors are in the field to coordinate surveillance and control measures of the impending invasion.

The Kenya Defense Forces have been engaged by the Ministry and trained by FAO to support spraying in affected regions of the country.

500 national Youth Servicemen were also trained by FAO to carryout ground control of Desert Locusts, a strategy that has been lauded as effective and efficient.

In addition to this, FAO has trained 160 surveillance scouts who will use the Elocust3m app to report desert locust sightings, as well as increased the pool of Desert Locust experts by training 20 Young Professionals across the country.

FAO promised to provide a helicopter to supplement the KDF fleet in readiness to minimize the impact of the locusts during the current planting season.

As the Kenyan economy experiences a 5.7 percent contracted growth as of June 2020 owing to shocks caused by the COVID-19 restriction measures, locust invasion, and flooding in parts of the country, the National Treasury reports that improved performance of agriculture, forestry, and fishing activities have cushioned the national economy from further decline.

Ms. Carla Elisa Luis Mucavi, the first woman to hold the position of FAO Representative in Kenya, is a national of Mozambique and succeeds Dr. Heslon Gabriel Rugalema.

She takes office at a time when the agriculture sector is in the spotlight, as the country’s highest foreign exchange earner, with global travel restrictions adversely affecting the tourism sector.

The Kenyan Government, in its 2020-2021 budget allocated KSH. 1.3billion (USD 12 million) to enhance the resilience of pastoral communities as they battle the locust invasion.

This allocation is meant to support and sustain the farming communities as they employ thousands of workers in the agricultural sector.

Acknowledging the support FAO has provided to the country so far, the Cabinet Secretary called on the agency to increase its financial and technical contribution to complement the Government’s efforts.

The FAO Representative to Kenya commended the ministry under CS Munya, for a well-structured and well-coordinated approach in responding to the threat to food security threat posed by the locust invasion.

“I am confident that Kenya is better prepared to manage the incoming Desert Locust invasion, given the systems in place and capacity already built nation-wide”.

A food Security War Room and Locust Control Coordination Unit set up by the Ministry of Agriculture, Livestock, Fisheries, and Cooperatives Cabinet Secretary earlier in the year continue to provide early warning and inform the government on mitigation measures to keep the impact of the locusts on food security and livelihoods to the minimum.

In addition to locust response, FAO will continue to support the country in line with the National Agriculture Sector Growth and Transformation Strategy (2019-2029), FAO’s Hand in Hand Initiative and the United Nations Development Assistance Framework (UNDAF) for Kenya.

FAO’s continued support to the country to reach the Agenda 2030 Sustainable Development Goal 2 of 100% Food and Nutrition Security, strengthening Cooperatives through building their capacity in Governance and Management, implementation of the National Livestock Masterplan and technical support in marine research are among other key areas further discussed in the meeting.