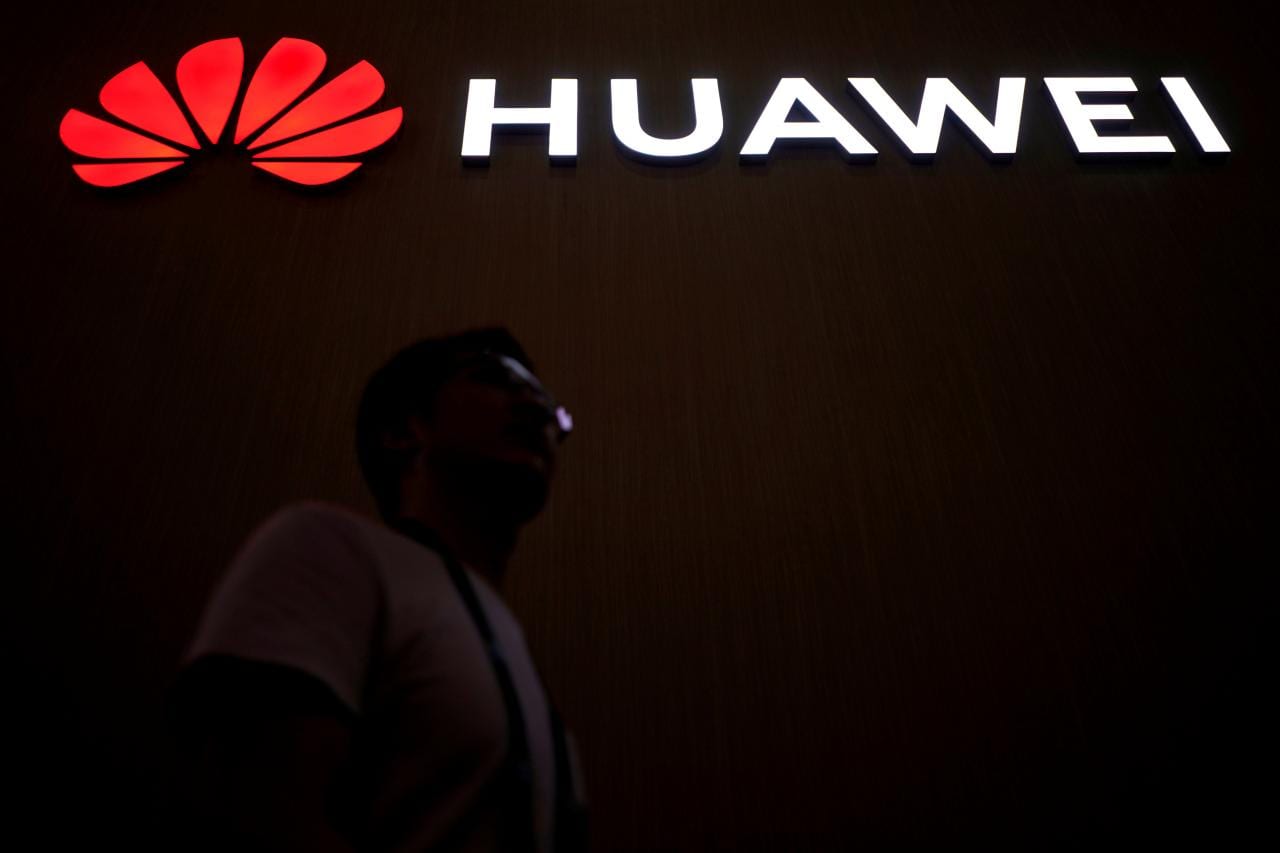 The U.S. case against the chief financial officer of China’s Huawei Technologies, who was arrested in Canada last month, centers on the company’s suspected ties to two obscure companies. One is a telecom equipment seller that operated in Tehran; the other is that firm’s owner, a holding company registered in Mauritius.

But corporate filings and other documents found by Reuters in Iran and Syria show that Huawei, the world’s largest supplier of telecommunications network equipment, is more closely linked to both firms than previously known.

The documents reveal that a high-level Huawei executive appears to have been appointed Skycom’s Iran manager. They also show that at least three Chinese-named individuals had signing rights for both Huawei and Skycom bank accounts in Iran. Reuters also discovered that a Middle Eastern lawyer said Huawei conducted operations in Syria through Canicula.

The previously unreported ties between Huawei and the two companies could bear on the U.S. case against Meng, who is the daughter of Huawei founder Ren Zhengfei, by further undermining Huawei’s claims that Skycom was merely an arms-length business partner.

Huawei, U.S. authorities assert, retained control of Skycom, using it to sell telecom equipment to Iran and move money out via the international banking system. As a result of the deception, U.S. authorities say, banks unwittingly cleared hundreds of millions of dollars of transactions that potentially violated economic sanctions Washington had in place at the time against doing business with Iran.

Meng did not respond to a request for comment by Reuters, and Huawei declined to answer questions for this story. Canicula’s offices could not be reached. A Justice Department spokesman in Washington declined to comment.

Meng was released on C$10 million ($7.5 million) bail on Dec. 11 and remains in Vancouver while Washington tries to extradite her. In the United States, Meng would face charges in connection with an alleged conspiracy to defraud multiple financial institutions, with a maximum sentence of 30 years for each charge. The exact charges have not been made public.

Huawei said last month it has been given little information about the U.S. allegations “and is not aware of any wrongdoing by Ms. Meng.” The company has described its relationship with Skycom as “a normal business partnership.” It has said it has fully complied with all laws and regulations and required Skycom to do the same.

Meng’s arrest on a U.S. warrant has caused an uproar in China. It comes at a time of growing trade and military tensions between Washington and Beijing, and amid worries by U.S. intelligence that Huawei’s telecommunications equipment could contain “backdoors” for Chinese espionage. The firm has repeatedly denied such claims. Nevertheless, Australia and New Zealand recently banned Huawei from building their next generation of mobile phone networks, and British authorities have also expressed concerns.

Articles published by Reuters in 2012 and 2013 about Huawei, Skycom and Meng figure prominently in the U.S. case against her. Reuters reported that Skycom had offered to sell at least 1.3 million euros worth of embargoed Hewlett-Packard computer equipment to Iran’s largest mobile-phone operator in 2010. At least 13 pages of the proposal were marked “Huawei confidential” and carried Huawei’s logo. Huawei has said neither it nor Skycom ultimately provided the U.S. equipment.

Reuters also reported numerous financial and personnel links between Huawei and Skycom, including that Meng had served on Skycom’s board of directors between February 2008 and April 2009.

Several banks questioned Huawei about the Reuters articles, according to court documents filed by Canadian authorities at the request of the U.S. for Meng’s bail hearing in Vancouver last month.

According to the documents, U.S. investigators allege that in responding to the banks, which weren’t named, Meng and other Huawei employees “repeatedly lied” about the company’s relationship with Skycom and failed to disclose that “Skycom was entirely controlled by Huawei.” U.S. authorities also allege that at a private meeting with a bank executive, in or about August 2013, Meng said Huawei had sold its shares in Skycom, but didn’t disclose that the buyer was “a company also controlled by Huawei.”

The court documents allege that Huawei told the executive’s bank that the Chinese company had sold its shares in Skycom in 2009 – the same year Meng stepped down from Skycom’s board. Skycom’s buyer wasn’t identified in the documents.

A “Summary of Facts” filed by U.S. authorities for Meng’s Canadian bail hearing states: “Documents and email records show that persons listed as ‘Managing Directors’ for Skycom were Huawei employees.” None of those individuals were named.

A company record filed by Skycom in Iran that was entered in the Iranian registry in December 2011 states that a “Shi Yaohong” had been elected as manager of Skycom’s Iran branch for two years. Huawei employs an executive named Shi Yaohong.

According to his LinkedIn profile, Shi was named Huawei’s “President Middle East Region” in June 2012. An Emirates News Agency press release identified him in November 2010 as “President of Huawei Etisalat Key Account.” Etisalat is a major Middle Eastern telecommunications group and a Huawei partner.

Shi, now president of Huawei’s software business unit, hung up the phone when Reuters asked him about his relationship with Skycom.

Many corporate records filed by Skycom in Iran list signatories for its bank accounts in the country. Most of the names are Chinese; at least three of the individuals had signing rights for both Skycom and Huawei bank accounts. (One of the names is listed in the Iranian registry with two slightly different spellings but has the same passport number.) U.S. authorities allege in the court documents filed in Canada that Huawei employees were signatories on Skycom bank accounts between 2007 and 2013.

Records in Hong Kong show that Skycom was voluntarily liquidated in June 2017 and that Canicula was paid about $132,000 as part of the resolution. The liquidator, Chan Leung Lee, of BDO Ltd in Hong Kong, declined to comment.

The Financial Services Commission in Mauritius, where Canicula remains registered, declined to release any of its records to Reuters, saying they were confidential.

Until two years ago, Canicula had an office in Syria, another country that has been subject to U.S. and European Union sanctions. In May 2014, a Middle Eastern business website called Aliqtisadi.com published a brief article about the dissolution of a Huawei company in Syria that specialized in automated teller machine (ATM) equipment. Osama Karawani, an attorney who was identified as the appointed liquidator, wrote a letter asking for a correction, stating that the article had caused “serious damage” to Huawei.

Karawani said the article suggested that Huawei itself had been dissolved, not just the ATM company. In his letter, which was linked to on the Aliqtisadi website, he said Huawei was still in business.

Karawani didn’t respond to emailed questions from Reuters about Canicula.

U.S. investigators are aware of Canicula’s connection to Syria, according to a person familiar with the probe. Canicula had an office in Damascus and operated in Syria on behalf of Huawei, another person said.

That person said Canicula’s customers there included three major telecommunications companies. One is MTN Syria, controlled by South Africa’s MTN Group Ltd, which has mobile-phone operations in both Syria and Iran. MTN has a joint venture in Iran – MTN Irancell – that is also a Huawei customer. MTN advised Huawei on setting up the structure of Skycom’s office in Iran, according to another source familiar with the matter.

“Skycom was just a front” for Huawei, the person said.

An official with MTN said no one at the company was available to comment.

In December 2017, a notice was placed in a Syrian newspaper by “the General Director of the branch of the company Canicula Ltd.” He was not named. It announced that Canicula had “totally stopped operating” in Syria two months before. No explanation was given.