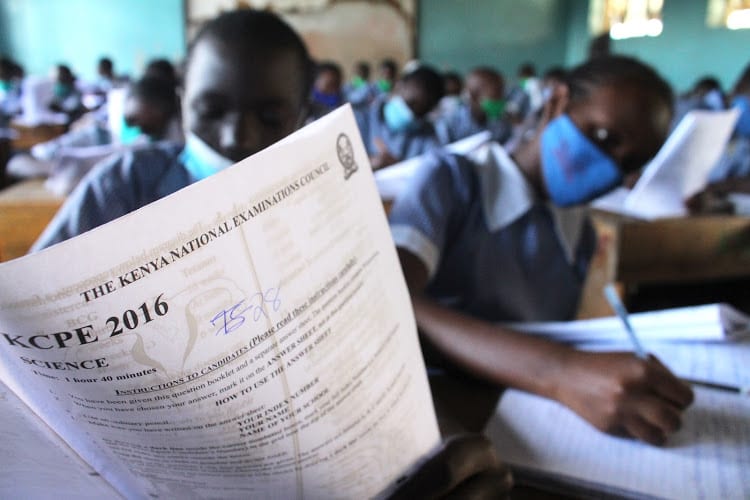 Over 600,000 candidates of KCSE 2020 will not qualify for direct intake into universities in the country.

This after only 143,000 scored the minimum qualification of C plus albeit an improvement from the previous national test.

But as hundreds of thousands grapple with what next in shaping their careers, nearly 200,000 children who sat KCPE four years cannot be accounted for after they failed to successfully transition to high school.

A total of 143,140 now awaiting placement into different universities to pursue various courses.

But 600,159 of their colleagues will have to fight it out for opportunities at other mid-level colleges based on the strength of their individual grades.

Over 405,000 candidates scored D plus and below meaning a maximum of 4 points of the possible 12.

Over 28 thousand scored the lowest grade, E. Education Cabinet Secretary confident they all have options.

A deeper look at the class of 2020 showing a 21 percent loss in its size from four years ago when they sat KCPE.

At the time, 942,000 sat the standard 8 exams, four years later, 194 thousand were missing from the exam rooms, 5,400 of them having registered to sit the exam but never turned up.

The biggest miss is at the Coast. Kwale county cannot account for 53.4 percent of its KCPE 2016 class.

After 15 thousand sat the primary test, only 7 thousand of them made it to the finishing line.

Over 47 percent dropping out of the race while in Tana River County, 57 percent of 2016 Standard 8 class didn’t make it to form four in the required four years.

Marsabit County to the East followed suit. Out of 3980 learners, 49 percent of them didn’t stay to sit KCSE.

Nairobi County too lost its basic education population from KCPE 2016 class of 52 thousand to just 29 thousand this year.

Part of the explanation being that the number of primary schools in Nairobi does not match that of secondary schools, with many learners required to study outside Nairobi especially those called to study at National schools and extra-county schools.

Counties like Muranga and Tharaka Nithi were among the rare ones to post more candidates at the KCSE level than at the KCPE level four years ago.

The government still confident that 100 percent transition will become a reality soon, as the campaign enter third year now.