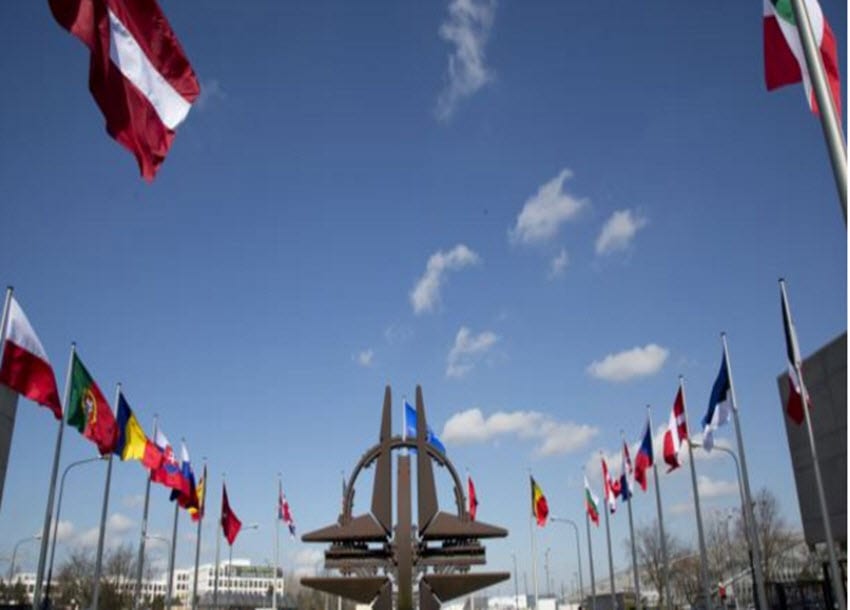 The United States under the Obama and Bush administrations called on NATO countries to boost their contributions and not leave the heaviest burden to the United States. Donald Trump, however, is the first to suggest the alliance should not automatically defend members against Russia if they do not pay up.

That stance has caused alarm among NATO leaders, who say they want to sit down with Trump as soon as possible.

The president-elect has not explicitly said he wants the United States to pull out of the world’s largest peacetime alliance. But he made remarks during the campaign in which he called the organization “obsolete” and better suited to fighting conventional wars than defeating the modern threat of terrorists.

At a campaign town-hall meeting, he said: “Maybe NATO will dissolve and that’s OK, not the worst thing in the world.”

His suggestions that America might not come to the aid of Baltic nations in the face of Russian aggression are enough to raise questions about continued U.S. commitment to the alliance and concerns about its very existence.

U.S. accounts for 22 percent of budget

The United States is by far the largest contributor to NATO, accounting for 22 percent of the alliance’s budget.

For defense, NATO members are obliged to contribute a minimum of 2 percent of their national budgets. The United States contributes 3.6 percent — more than any other member, while nations including France, Germany and Italy fall below the minimum, contributing well under 2 percent.

“If we are not going to be reasonably reimbursed for the tremendous cost of protecting these massive nations with tremendous wealth … then yes, I would be absolutely prepared to tell those countries, ‘Congratulations, you will be defending yourself,’” Trump told The New York Times in an interview during the campaign.

Latvia and Lithuania, Baltic nations that are under threat of Russian aggression, also contribute less than the minimum.

Treaty is not binding

But whether the United States can unilaterally pull out of its NATO commitments is another question. Defense analysts say the answer is both yes and no.

NATO does not have the power to force the U.S. to defend another country.

Article 5 of the 1949 North Atlantic Treaty states that: “Parties agree that an armed attack against one or more of them in Europe or North America shall be considered an attack against them all,” and that “if such an armed attack occurs, each of them … will assist the Party or Parties so attacked by taking forthwith, individually and in concert with the other Parties, such action as it deems necessary, including the use of armed force, to restore and maintain the security of the North Atlantic area.”

The treaty is not binding under U.S. law.

At the same time, the president’s powers on matters of war and peace are limited. While he has the power to negotiate treaties, these are subject to Senate approval.

While this week’s elections kept both chambers of the U.S. Congress firmly in Republican control, there is no guarantee that all of Trump’s initiatives will have automatic approval.

Most Republicans back NATO

Congress still has to approve funding or the suspension of it when it comes to defense matters, and analysts believe he would meet resistance on some issues.

“Congress in Republican hands, and there are elements of this agenda — the trade wars and the abandonment of NATO — that are definitely at odds with the Republican consensus,” said Dana Allin, senior fellow for U.S. Foreign Policy and Transatlantic Affairs at London’s International Institute for Strategic Studies (IISS).

What NATO officials are hoping for as they prepare to deal with Trump and plan for the future of the organization is clarity on his intentions.

“If there’s one characteristic of a Trump foreign policy which we can define now, I think it will be unpredictability,” said Matthew Harries, a transatlantic affairs analyst speaking at a panel held by IISS after the election. “We don’t necessarily know which of his foreign policy positions were exaggerated boasts in the heat of the campaign and which are points of principle.”

NATO chief Jens Stoltenberg says he looks forward to working with the new leader and said he hopes to meet him “soon.”

Former NATO Secretary General Anders Fogh Rasmussen took note of Trump’s victory speech in which the president-elect said he would “deal fairly” with every other nation and seek common ground, not hostility.

“I feel sure that the campaigner Trump will be different from the President Trump, so I fully support a quick meeting with Trump,” he told the British TV network Sky News.

“Some of Mr. Trump’s statements from his campaign have raised a lot of concerns in Europe, including he raised doubts about the American commitment to the defense of NATO allies,” Rasmussen said.

He expressed hope that Trump will work with the organization, not against it.

“We need a very firm hand — in terms of Russia and ISIS. I think it is possible to address these issues with a President Trump,” he said, using an acronym for Islamic State.