Nanok cries foul over recruitment of by election officials 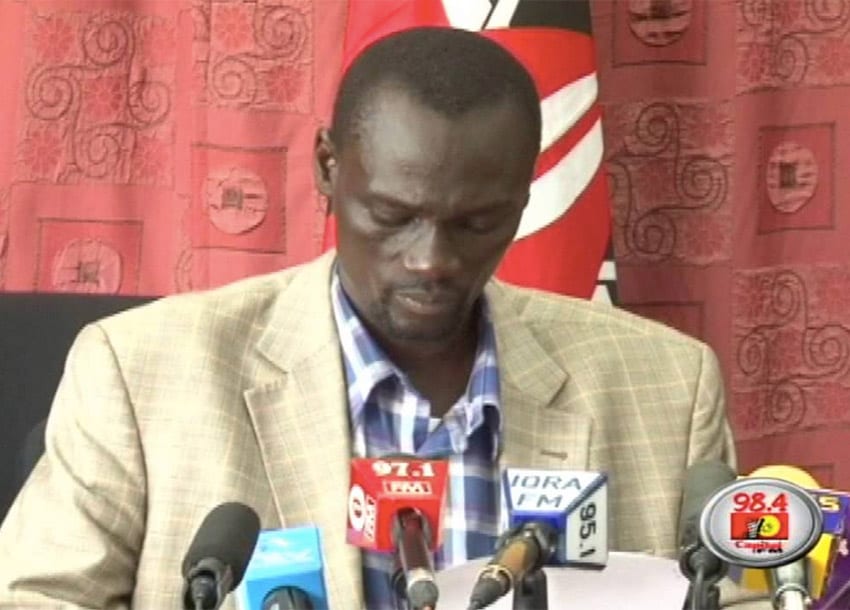 Turkana County Governor Josphat Nanok, who is also the ODM national vice chairman, has raised concern over the manner in which recruitment of officials for the Kalokol by election is being conducted.

Speaking during a press conference at Lodwar Town on Monday, Nanok noted that the Independent Elections and Boundaries Commission had advertised and filled the positions for presiding officers and deputy presiding officers for the by election without consulting political parties.

Nanok further alluded that two of the officers who had been picked are Jubilee
affiliated, saying he believes that they could compromise the forthcoming election.

The governor now claims that the by election may not be free and fair, and further demanded, through the ODM secretariat, that IEBC revokes the appointment of the officers and begin fresh recruitment.

Nanok’s sentiments come two weeks after ODM leader Raila Odinga led ODM legislators to Turkana in an effort to drum up support for the ODM candidate in the by election.

The Kalokol Ward seat fell vacant after its holder, John Lochakolong Lolimo, popularly known as Baba Iko, passed on after a short illness on 7th April.