MWANGI: Why xenophobia and integration are strange bedfellows 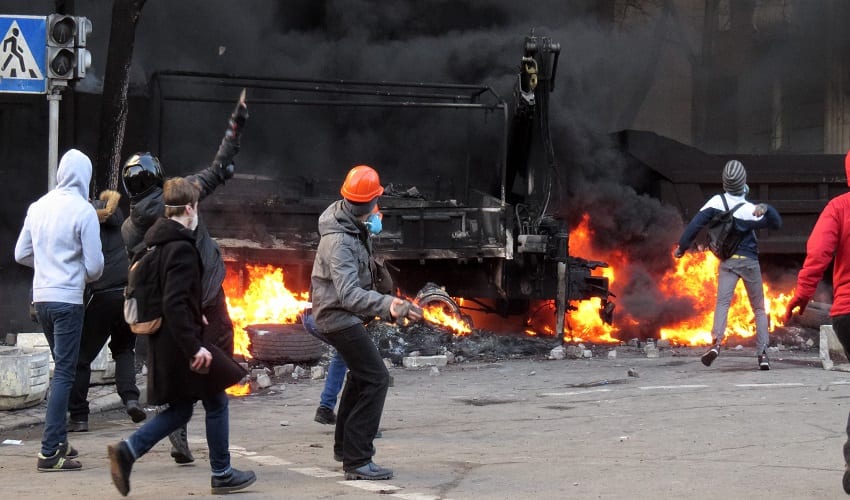 Yet again, South Africa is back in the news regarding ongoing threats against black African immigrants. Deadly xenophobic attacks have taken place several times there in the recent past – and the perception that other Africans are responsible for the misfortunes of poor locals seems to have taken root.

Knowing the history of South Africa and the sacrifices that other countries had to make to secure its freedom – especially the frontline states – makes South Africans a singularly ungrateful lot. It took the military and diplomatic support of numerous countries in Africa and elsewhere to break the yoke of apartheid. That makes a strong case for greater integration, but regretfully the opposite is happening down south.

However, it is not only South Africans who suffer from the delusion that their problems are caused by their brothers from elsewhere, or that they would be better off if they somehow killed or expelled such foreigners. This is an attitude borne of desperation that is quite evident wherever people have been dehumanized and trampled upon. With no power to face their oppressor and change their circumstances, such people often go for soft targets, such as the “other” nationality or ethnic group that they imagine is in competition with them.

So, while South Africa’s version of xenophobia is more direct and pronounced than elsewhere on the continent, the rest of Africa is by no means innocent. And there is no shortage of motivation for such exclusion, from fear of foreigners to bribe-seeking behaviour by police and other authorities.

For decades, South Sudanese refugees in East Africa have been treated rather shabbily, arrested arbitrarily and forced to overcome various prejudices. The same can be said of Somali refugees. Burundian refugees have faced the misfortune of being expelled from Tanzania. This history of treating our neighbours as “the other,” as people who can be mistreated without any qualms of conscience, works against the spirit of regional integration.

Even at this point in the East African integration process, these are problems that keep coming to the fore. In actual fact, no citizen of any partner state should be considered a refugee while still within the boundaries of the East African Community.

In fact, it is xenophobic thinking that lies behind many of the fears that prevent full integration. Take land, for instance. It has been said that some East African countries fear that citizens of other countries could buy out large tracts of land at the expense of locals if such ownership was to be permitted.

Similar arguments inform the rationale behind non-tariff barriers that seek to shield national industries from competition from other industries within the region, thus frustrating the full implementation of the Common Market.

Yet, the region must decide whether its priorities lie in opening up borders and fearlessly pursuing integration or in looking inwardly and becoming protectionist. Trying out a mixture of the two, as is currently the case, can only lead to half-successes and frustrations.

The inability of the region to move beyond the first and second pillars of integration – the Customs Union and Common Market – can easily be explained this way. The third pillar – Monetary Union – requires full market integration. But this is not possible where countries try to stifle the free flow of capital, labour, goods and services from their neighbours.

Rather than seeing the influx of other countries’ citizens as a problem that leads to deprivation for their own citizens, member states can see this as an opportunity to attract much-needed labour and capital to drive their own economies. After all, we have a deficiency of various cadres within virtually every economy, and it is therefore self-defeatist to try to keep out the citizens of neighbouring countries.

For far too long, foreigners have divided Africans along ethnic and religious lines. To sustain the slave trade, certain communities had to be made accomplices in raiding other communities. Colonialism was all about using divide-and-rule tactics, which have unfortunately continued to be employed in the post-independence era. Even within countries, unhealthy competition between ethnic and religious groups has the fear of other groups as its basis, which is not much different from xenophobia.

The time has come to break out of this myopic thinking. As we deplore the attitude of South Africans, we can begin to make a difference right here in East Africa.