MUNYAGA: Will Bemba’s jailing for 18 years end impunity in Africa? 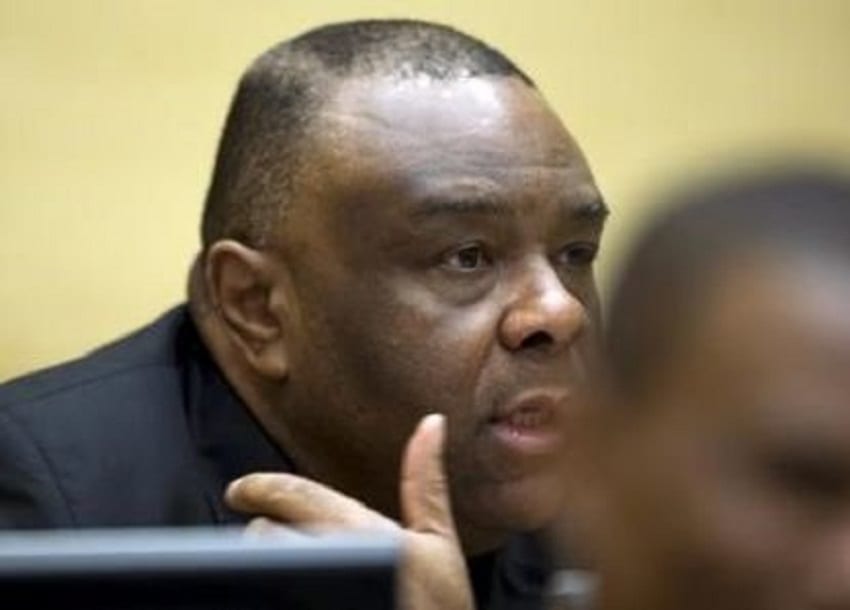 Former Congolese vice president and warlord, Jean-Pierre Bemba Gombo (54), was on June 21st, this year sentenced to 18 years imprisonment by the International Criminal Court (ICC) on two counts of crimes against humanity and three counts of war crimes committed by his private army sent to the Central African Republic (CAR) in 2002  to help his friend, former president, Ange-Felix Patasse. Patasse was ousted in 2003.

The crimes included murder, pillaging and rape. In one case, a grandmother, her duaghter and granddaughters were held at gunpoint and gang raped by soldiers of his Movement for the Liberation of Congo (MLC) as they forced relatives to watch. Bemba’s judgement was the first time ICC focused on rape as a weapon of war. The soldiers also sodomised men in a bid to stop the coup attempt against Patasse.

Passing sentence, Judge Sylvia Steiner said Bemba failed to exercise control over his soldiers who went on to carry out “sadistic” rapes, murders and pillaging of “particular cruelty.” Bemba had sent to Patasse’s aid 1,500 men from his private army of MLC rebels. He later turned MLC into a political party and contested the presidency in 2006 against Joseph Kabila and lost in a second run off after both men failed to hit the 50 per cent threshold in a first round of voting.

Bemba later contested a senate seat for Kinshasa and won but soon after fled the country, alleging an assassination plot on his life.  Kinshasa allowed him and his family to go to Portugal for medical treatment.  His trial started in 2010 following an arrest in Belgium in 2008 on a warrant issued by ICC. Bemba was handed 18 years each for rape as a war crime and as a crime against humanity.  The court also handed him 16 years for the other crimes. Judge Steiner said the sentences were to run concurrently, meaning he will only serve 18 years in prison .

In total, Bemba was sentenced to 52 years in prison, which corresponds roughly to his age. The eight years he has spent in ICC custody shall also be deducted from the sentence, leaving him with 10 years in prison. ICC rules allow cases to be reviewed after convicts have served two thirds of their terms, meaning Bemba could be out of jail by 2020.

It was unclear whether both the prosecution and defence would appeal the sentence although defence lawyers have until September 19, this year to file their appeal. without a doubt though, justice for the victims of the atrocities committed by Bemba’s soldiers has finally been done. What remains to be seen is whether Bemba’s case shall serve as a lesson and deterrence to other military commanders from committing similar crimes.

Honestly, Bemba never carried out any of the crimes for which he will now languish in jail and as his lawyers argued, he never even  witnessed any of them being committed. But the court appears to have agreed with Prosecutor Fatou Bensouda who argued that while each individual soldier who commits a war crime is criminally liable for the acts they commit, a military commander who fails to exercise their authority to stop these atrocities is responsible for the cumulative whole of the criminal acts of all subordinate forces. She had wanted Bemba jailed for the minimum 25 years.

Bemba is the most senior figure to be sentenced by the ICC, which African rulers accuse of unfairly targeting the continent’s leaders only. A movement to withdraw from the court is slowly building momentum amid concerns though for better home grown mechanisms to curb human rights abuses.  At the time of his arrest in Belgium in 2008, Bemba was a senator in the Democratic Republic of Congo and leader of the main opposition party, the MLC. Previously, he had served as one of the country’s four vice presidents in a unity government formed under a peace accord following years of armed conflict.

On May 30, 2016, the Extraordinary African Chambers within Senegal’s High Court found  former dictatator Hissene Habré guilty of rape, sexual slavery and ordering the killing of 40,000 people during his tenure as president of the CAR’s nearby Chad and sentenced him to life in prison. The verdict marked the first time an African Union-backed court convicted a former ruler for human-rights abuses and the first time that the courts of one country prosecuted the former ruler of another country for crimes against humanity.

So, in a way, the culture of impunity in Africa is being dealt a telling blow. Apart from being a politician, Bemba is also one of the Congo’s richest men. His father too was a famous businessman but all that has not helped him evade justice for his crimes. Among those raped by his soldiers were young girls aged between 10 and 17. Surely, for them the trauma of they suffered forms scars hard to heal both in their hearts and minds.