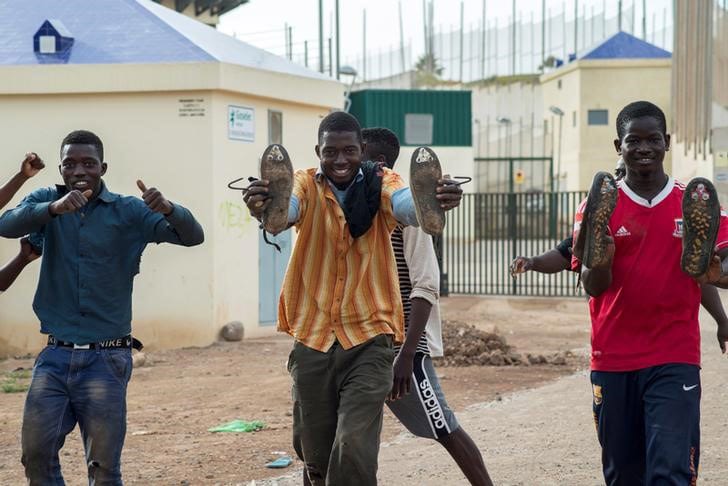 There is something awfully tragic when writing cultural stories about Africa edited from offices located in elitist towers of western capitals and circulated largely to audiences ignorant of the dynamics of life in the world’s biggest continent.

I am not trying to defend some bad cultural practices in Africa but rather it is the media exaggeration that perverts it all. Headlines like: “From cleaning corpses to sex with strangers, widow rituals fuel disease in Africa” are extremely wreckless professional jobs. Widow rituals are common throughout the world. Even in the Bible, David could only marry Bethsheba, King Solomon’s mother after she had mourned her husband, Uriah, for 40 days.

Africa is very big and home to thousands of varying cultures that share space peacefully, which is largely uncommon in many other parts of the world. Africans respect their dead greatly and gender is always a factor in preparing bodies for burial.

The same applies to “sex with strangers” and widow inheritance. These two practices in parts of Africa are also greatly misunderstood. But any respectful investigator will pause for a minute to cast an even closer look at something that exists in parts of Tanzania, Kenya, Uganda, Zambia, Malawi, South Africa, Mozambique, Ghana, Senegal, Angola, Ivory Coast, Congo, Ghana and Nigeria. Certainly, they all could not be wrong!

Widow cleansing or “sex with strangers” and widow inheritance had very good intentions but the negative consequences are something else. The practices existed for centuries and are proof that they never led to deadly sexually transmitted epidemics otherwise entire communities would have been wiped out long ago and there would be no communities to speak about today.

I think the practices are proof that the devastating diseases like HIV/AIDS and Ebola are new in Africa for which the people never acquired the kind of immunity the bodies needed to fight them off naturally. It is a scientific fact that virulent attacks amount to an ambush on a body’s immune system for which it was not quite prepared for.

However, it is noteworthy that in many parts of Africa, widow cleansing is now considered archaic culture. In communities where it is still practiced, widow cleansing is a practice in which a widow must have sex with a brother to her husband or other relative or with a village cleanser after a given period from the time of the death of her husband. This was done before she was taken in marriage by the brother or other relative of her deceased husband as a healing process and wakening to new realities of life.

Again, widow inheritance was meant to guarantee stability and security to a widow and her children after the death of her husband. It also symbolised transient love to a deceased relative that those still alive continued to care for his estate. The system was instituted long before capitalism, in the era of brotherly communalism when land and life itself were considered communal property bestowed upon the clan. In fact, in some communities, there was hardly life outside the clan.

Therefore, the negative consequences of the practice, even where it still exists, are a result of the people’s introduction to the greed and selfishness of capitalism by colonialism and should not be viewed as inherently African in context and spirit. There is no human society that doesn’t take seriously the need to protect communities from the ravages of disease, especially of the epidemic and catastrophic nature.

In many African societies, diseases were considered as the result of evil spirits haunting their victims. The death of a close relative was viewed as a particularly high risk moment for vulnerability to evil spirits and therefore contracting diseases. Sexual cleansing was meant to provide protection to the widow, her children and in some cases for entire villages.

It was also psychological resettlement for the widow and re-initiation into ordinary life following the loss of her better half. In the strict sense, adultery in African societies was extremely frowned upon and many married women lived almost a pure matrimonial life, knowing only their spouses such that the death of a husband was not just a physical loss but a highly emotional one for the widow for which she needed mental, physical and psychological rehabilitation.

To conclude, that the practice still exists, is proof of the failure to adopt and adapt the teachings of the major world religions to which most Africans converted. It doesn’t matter whether one is Christian or Muslim. Deep down, Africans remain Africans.