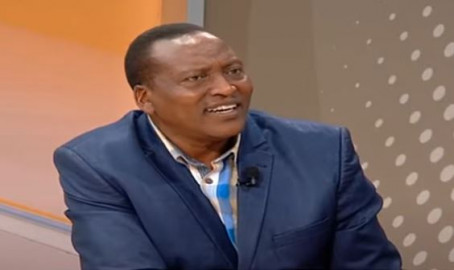 Richard Onyonka, the MP for Kitutu Chache South, has chastised politicians who donate money to churches, implying that the money is corrupt.

In an interview with Citizen TV, Onyonka claimed that leaders are stealing money and giving it to churches in order to campaign for positions they want. He says they have eroded dignity and respect in churches.

"Money and corruption in church is everywhere but can't we do it privately. If you are bringing your 10 million do not event announce it because people are going out and raising this money from stealing public offers. With that someone goes to the church and gives 9 million. That to the public makes him look like the 'Jabali'," he said.

He urged churches to set their boundaries, stating that the church has been compromised, in response to the magnitude of graft cases involving politicians and churches.

"The church must be beyond reproach. The Kenyan politics has made the church part and parcel of the cartel of the lying, abuse and misuse of our people," said Onyonka.

"Just like our politicians have failed, you should not. I believe the church could have done better and we are expecting our church to do better,"

In the same interview, Secretary General of the National Council of Churches in Kenya (NCCK), Canon Chris Kinyanjui, acknowledged Onyonka's words, saying that guidelines have already been established to discourage politicians' involvement in churches.

"Fundraising is the way politicians buy support from people and the challenge is that we find a lot of corruption money is finding its way into the church. We have advised churches that when there are harambees politicians should not be involved, " he said.