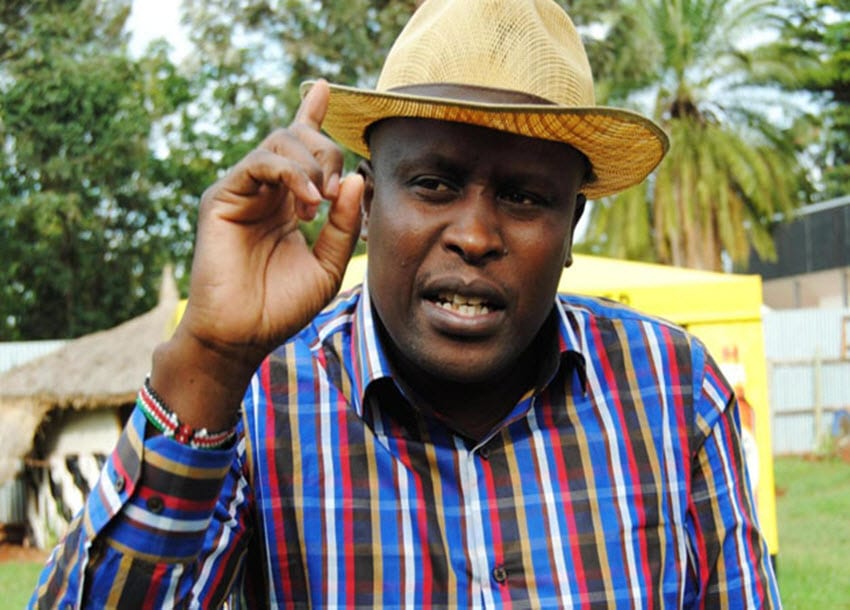 Kieni Member of Parliament Kanini Kega has dared Deputy President William Ruto to leave the Jubilee party if he feels it is too small for him.

The salvo of verbal attacks comes just days after the United Democratic Alliance was gazetted with a wheelbarrow as the party symbol.

Critics argued that the party had been formed by Ruto allies who lost control of the Jubilee party after members in key house positions were de-whipped in a political purge.

Speaking in Kieni, Kega said that it is hypocritical of the DP to still enjoy the perks of his office which are granted under the Jubilee party while promoting the activities of another party through his allies.

He demanded that Ruto tenders his resignation so that he can direct his energies on his 2022 campaign machine.

While comparing political parties to religion, Kega said that while most Christians profess allegiance to one doctrine, the deputy president was posing as a Pentecostal in the morning and a Catholic in the afternoon.

The MP noted that while it is okay for politicians to re-align ahead of the 2022 showdown, the formation and promotion of a political party by Ruto allies was indication that they had severed ties with Jubilee.

He also urged the registrar of political parties to take action, explaining that it is illegal to belong to two parties.