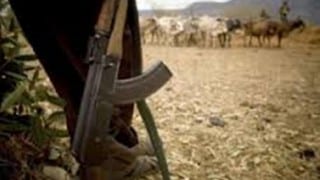 The heads of security in Meru County under the leadership of the County Commissioner, were on Wednesday, July 13, criticized for laxity following the deaths of 11 members of the public in the last three weeks following clashes with residents of the neighbouring areas.

Information revealed that the 11 people died from wounds caused by bullets after they were shot by herders and cattle rustlers invading the region in search of grass and water but end up stealing the livestock from their neighbors.

According to the immediate former Legislator for Igembe North, who is also in the race on a Jubilee Party ticket, Maoka Maore, the police and their bosses are to blame for the deaths.

“We have experienced a lot of problems in Igembe Central and North in the recent past. Last week three people were killed, they have not been buried, the day before yesterday six others were killed. These people are not being killed because they stole livestock, they were attacked while on their land. This means their agenda is not about livestock rather, they want us to move out,” argued Mr. Maore.

“Last year, the Kenyan government collaborated with National Cohesion and Integration Commission (NCIC) and the late Interior CS, Joseph Nkaissery, who established the boundaries between us and Isiolo using the GPS.”

“When we were at Nginyo, they told us they will relocate the grazers from our farms. I think he said that to make people relax because people actually relaxed,” said Maore

He called upon the government to intervene immediately in solving the banditry and boundary problem.