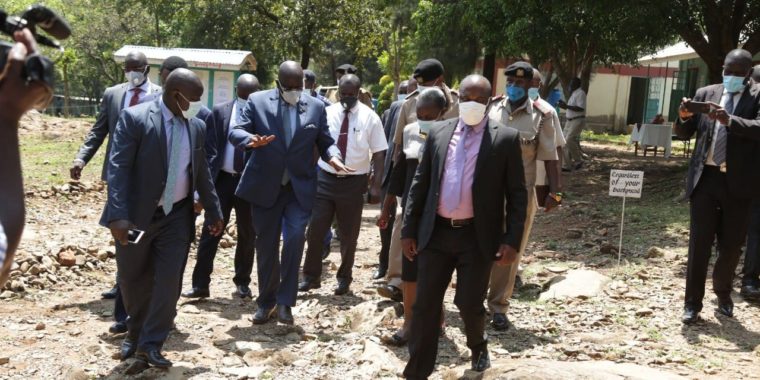 The Media Council of Kenya (MCK) is demanding justice after complaints that a bodyguard attached to Education CS George Magoha sexually assaulted two journalists in Kisumu on Thursday.

Speaking during an interview with Citizen TV, Media Council of Kenya CEO David Omwoyo said ‘the matter was extremely saddening and embarrassing’, asking the relevant authorities to expedite probe into the matter and prosecute the aide.

Mr. Omwoyo made an appeal to the security agents who handle Kenyan VIPs to respect journalists and accord them freedom to work.

“These journalists are not armed, they are there to ask questions, let them do their jobs, do not harass them” Mr. Omwoyo said.

The incident is said to have occurred when Prof. Magoha was inspecting desks at Kosawo Primary School and one journalist bumped into the bodyguard while struggling to take pictures of the CS with the pupils.

“Nation Media Group Photographer Ondari Ogega accidentally bumped into the said officer whose identity is not known and even apologised. However, as he made his way out of the classroom, the CS’s bodyguard followed him and reached for his fly before squeezing his genitals and threatening to do more outside the classroom,” a statement from the Kisumu Journalists Network reads.

According to the union, the bodyguard also grabbed a female journalist’s buttocks and pushed her to give way for the CS. The second journalist has been identified as People Daily’s photographer Viola Kosome.

It has also been alleged that the same bodyguard harassed another journalist in Vihiga, inserting his fingers into his mouth.

The incidents have not only instilled fear among the journalists, but also amounts to sexual assault and suppression of the freedom of the press as enshrined in Articles 33 and 34 of the Kenyan Constitution,” the union’s Chairman Rushdie Oudia said.

The journalists’ union further warns that If left to go scot free, the officer is likely to continue unabated with the ‘nasty and distasteful’ behavior against not only journalists but other members of the public.

The incident comes days after the Media Council of Kenya released a report that found that 62 per cent of respondents have either experienced sexual harassment or know someone who has, either while working at their organizations or in the field.

Additionally, the study titled Press Freedom Violations during COVID-19 also revealed that 73 per cent of female journalists are highly likely to experience sexual harassment during assignments.