Man kills 5, himself in UK’s first mass shooting in decade 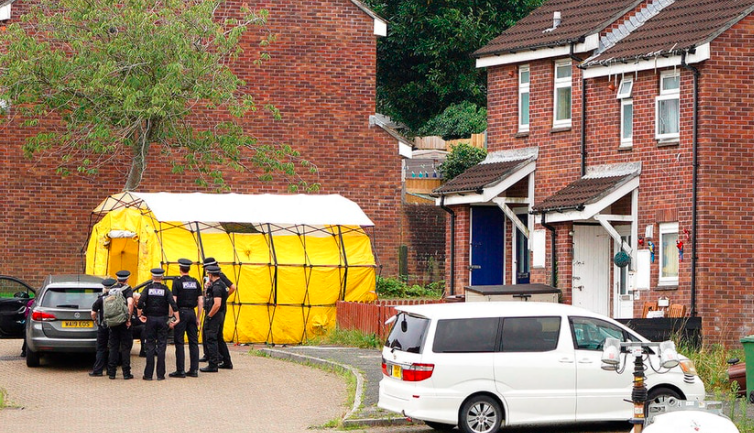 A young man who killed five people, including his mother, and then took his own life in Britain’s first mass shooting in more than a decade had complained online about difficulties meeting women and being “beaten down” by life.

Police said Friday that the motive for the shootings was unclear but that there were no immediate signs the crime was an act of terrorism or the gunman had connections to extremist groups.

They identified the shooter as Jake Davison, 22, and said he had a gun license, but revealed few other details. Witnesses reported that he used a pump-action shotgun, police said, though they wouldn’t confirm what type of weapon it was and whether it was the one Davison was licensed to use.

Gun crimes are rare in Britain, which has strict firearm control rules.

Police responded to multiple emergency calls made at 6:11 p.m. Thursday, arriving six minutes later at an address in the Keyham neighborhood of Plymouth, England, where Davison had shot and killed his mother, Maxine Davison, 51, also known as Maxine Chapman.

According to police accounts, Davison left the house and immediately shot and killed a 3-year-old girl, Sophie Martyn, and her father, Lee Martyn, 43. He then shot and wounded two other people down the street whom police haven’t identified.

Police said Davison moved on to a park where he shot Stephen Washington, 59, who died at the scene, and then to a nearby street, where he shot Kate Shepherd, 66. She died later in a hospital.

Eyewitnesses reported that Davison shot himself before police arrived. He was licensed last year to use a gun, and police are checking whether he had the license before then.

Shaun Sawyer, chief constable for Devon and Cornwall police, told reporters that investigators weren’t sure what Davison’s motive was but did not think extremist ideology prompted the attack.

“We believe we have an incident that is domestically related that has spilled into the street and seen several people of Plymouth lose their lives in an extraordinarily tragic circumstance,” he added.

Davison appeared to post on YouTube under the name Professor Waffle in an account that has now been taken down, replaced by a notice saying it violated the site’s community guidelines. In a final 11-minute clip posted before the killings, “Professor Waffle” talks about how he was “beaten down and defeated by … life.”

He talks about struggling to stay motivated at working out and losing weight, working as a scaffolder when he was 17-18, and hinted at his lack of a love life by referring to “people who are incels” — shorthand for “involuntarily celibate.”

The “incel” movement justifies violence against women as revenge for men who are rejected as sexual partners, and believes society unjustly denies men sexual or romantic attention. The online subculture has been linked to deadly attacks in California, Florida, and Toronto, Ontario. Davison said that while he wouldn’t describe himself as an “incel,” they are “people similar to me, they’ve had nothing but themselves, and then they’ve socially had it tough.”

He compared himself to a businessman struggling to break even despite working long hours but who has a wife and kids supporting him.

“Does an incel virgin get that? No,” he said.

Britain’s last mass shooting was in 2010, when a taxi driver killed 12 people in Cumbria in northwest England before taking his own life.