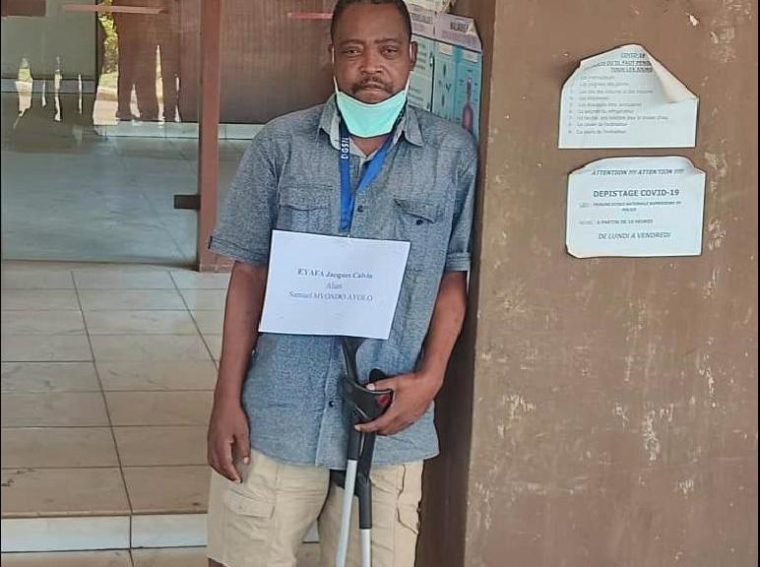 Cameroonian convict Jacques Calvin Eyafa has been bound to a wheelchair at the Yaoundé maximum security prison for the past two years.

But authorities say that hasn’t stopped him from continuing to steal money from people over the phone.

Police in Cameroon say they have charged Eyafa with impersonating African presidents over the phone to defraud victims, including the government of Niger.

Meva said Eyafa’s skills are so good, he managed to con Niger’s embassy in Cameroon last year out of an undisclosed sum of money before he was caught.

Meva said in March 2020, the office of the president of the republic of Cameroon reported that someone was impersonating Biya and his cabinet director, Mvondo Ayollo. He said the impostor called Niger’s then-President Mahamadou Issoufou on the phone several times. He said Issoufou alerted Biya of the suspicious calls and Biya asked the police to open investigations and track the calls.

Meva said the search led to the prison and Eyafa, who is serving a three-year sentence for running a fake employment agency that promised jobs for a fee.

Police say Eyafa mimicked Biya’s voice in calls where he vowed to rally Nigeriens in Cameroon to vote for Issoufou in December’s election – for a price.

Niger’s embassy in Yaoundé confirmed that people they believed were Biya and other state officials called them and made some inquiries but declined to go into detail.

Meva said Eyafa got the embassy to give him the personal telephone number of Niger’s President Issoufou.

Meva would not disclose the amount of money Eyafa allegedly received by mobile money transfer from Niger or name any other victims.

Catherine Penda, who owns a road construction company called Construct Cameroon, said Eyafa duped her out of what she called a “huge amount of money.”

She said she never for a second suspected that Eyafa was an impostor. Penda said she doesn’t want to disclose the amount of money Eyafa extorted after promising to give her contracts to build roads in Cameroon. But she said Eyafa did not act alone and pleads with Cameroon’s and Niger’s police to track his network, which according to her is well organized.

Cameroon police say they are investigating a network of impostors, allegedly led by Eyafa, who impersonate and cheat high-ranking state officials and investors in central African states.

Germain Ntono Tsimi, a lecturer of law at the University of Yaounde, said Eyafa could get up to 40 more years in prison if found guilty.