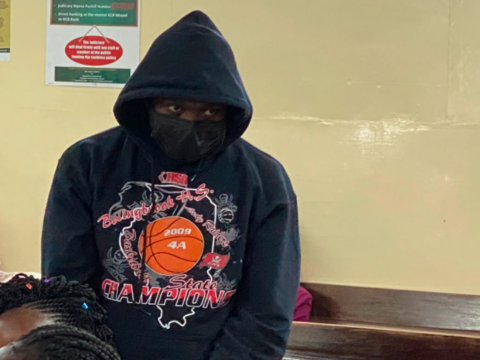 Before Makadara Court Magistrate Eva Kanyiri, he was presented for a bail bond ruling where the court slapped him a Ksh.500,000 bond and a contact person.  In this instance he is charged with defrauding Progressive microfinance of Ksh.2.5 million in addition to forging motor vehicle logbooks.

In the second case before Makadara Magistrate Stephen Jalang’o, Nyabwari was admitted to the same bond terms with the case set for mention on September 8. He is accused of forgery as well as defrauding Progressive microfinance and was released on a Ksh.500,000 cash bail as well as one contact person.

On the 7th of September, Nyabwari is expected to be physically presented before Milimani Law Court Magistrate Zainab Abdul where an active production warrant is on after he jumped bail.

The accused together with others have allegedly been obtaining details of your logbook then working in cahoots with rogue officers from NTSA, they change ownership of your car before approaching microfinance institutions to obtain the maximum loan that your car can secure.

According to detectives, after securing the loan they revert the vehicle ownership to you, leaving you to deal with the loan repayment.

What puzzles investigators however is the ease with which the suspected fraudsters have been obtaining loans.

It is believed that the fraudsters work with insiders in the financial institutions and motor vehicle valuers to present reports without physically examining the cars.