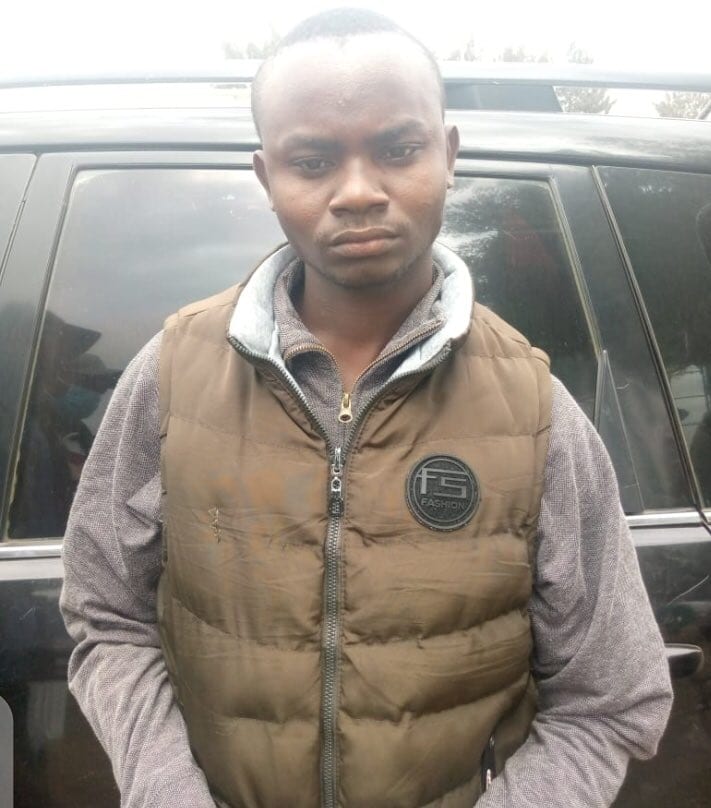 Detectives from the Directorate of Criminal Investigations (DCI) have re-arrested Michael Mutunga, the man accused of killing a Catholic priest, Fr Michael Maingi Kyengo, on October 8, 2019.

The priest’s body was discovered in a small grave in a dry riverbed in Embu.

“In a murder most foul, the clergyman’s lifeless body whose throat had been slit, had been put in a gunny bag, before being disposed on the bed of river Gathingiri,” the police report says.

Days later, the suspect was apprehended with critical evidence linking him to the crime.

A sharp knife suspected of being the murder weapon was among the exhibits, as were some of his blood-stained garments, which he had tried in vain to wash.

Despite the evidence against him, the suspect was released after his arraignment in Embu court on a Ksh.300,000 bail.

After his release, detectives said he went into hiding and repeatedly failed to appear in court, prompting the judge to issue an arrest warrant.

Detectives smoked him out of his hideout in an informal settlement on the outskirts of the city, where he has been hiding for the past year.

Michael Maingi Kyengo was waylaid on October 8 while he was traveling from Tala to his Thatha parish in Masinga.

The killers apparently strangled him to death then buried the body near the seasonal river, Gathingiri river, in Embu.