Malawi President Lazarus Chakwera warns against overdepending on him 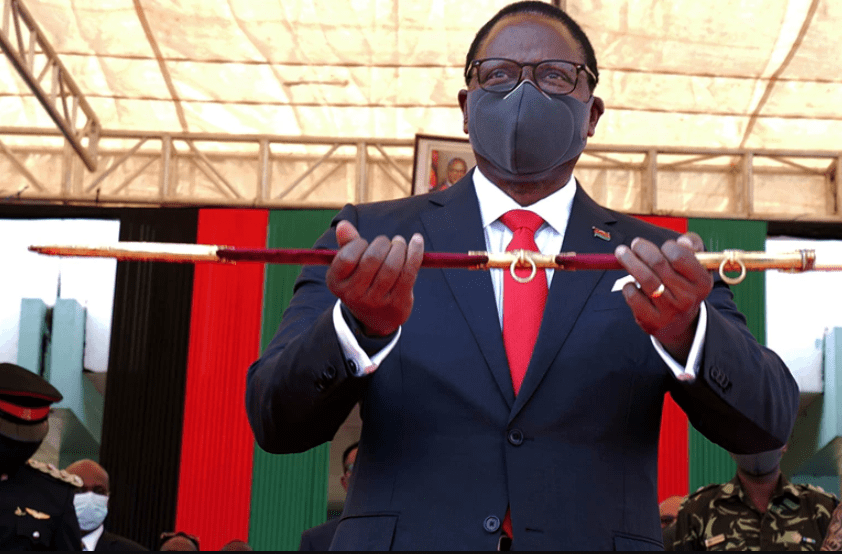 Malawi President Lazarus Chakwera has warned Malawians against overpraising and overdepending on him, a tendency that he says can turn presidents into dictators.

Chakwera spoke Friday in Lilongwe during a commemoration of the country’s first president, the late Dr. Hastings Kamuzu Banda, who many say was a dictator during the 31 years of his administration.

Chakwera, who became president after a rerun election last June, said it’s sad that even during this democratic era, people want a president to respond to every little thing, while also praising the president as they would a god.

Without directly referring to Banda, Chakwera said dictators are made by people who always idolize their leaders.

“You want the president to respond to everything, including where to draw water, how to look after your children, your household, even what you want to wear,” he said.

Banda, who led the Malawi Congress Party, or MCP, ruled Malawi from 1963 to 1994, when he lost the presidency to former President Bakili Muluzi of the current opposition United Democratic Front.

During Banda’s one-party system of government, many people were forced to go into exile, while others were killed by state agents.

Chakwera, the current leader of the MCP, said his desire is to serve all Malawians.

“So long as I am president, and God gives me breath, the powers of this office will only be used to serve you, never to rule you. So help me God,” he said.

He warned Malawians, however, that if they over depend on him, they should not blame him if he becomes a dictator.

During the ceremony, Chakwera praised Banda for the roads, hospitals and educational initiatives he established during his administration.

Political analysts are having a different reaction, though, to Chakwera’s remarks.

Sheriff Kaisi, a political science lecturer at Blantyre International University, says he doesn’t take Chakwera seriously because he said Chakwera does not walk his talk.

“Because what he promised has not materialized. He said, ‘I am going to trim presidential powers,’ and one of such presidential powers which Malawians cried for to be trimmed from the president’s office is the appointment of anti-corruption director,” Kaisi said. “Another issue, for example, is that he said as well not to be the chancellor of the University of Malawi, but he became one, so he said something and now he is doing something else.”

Another analyst, Vincent Kondowe, said that after stepping into the political limelight in 2014, Chakwera should be given the benefit of doubt because he has scant political experience.

Kondowe said some presidents before him also voiced similar sentiments but later acted in a contrary manner.

“For me, I would like to believe that that was an innocent and very honest comment from him as head of state,” he said. “However, I would like to exercise caution because we saw in 2002, 2003 when Muluzi all of a sudden changed [his] tune and wanted to extend his term of office from a maximum of two terms to an open-ended term. So, politicians, normally you can’t trust them.”

In his State of the Nation Address on Wednesday in Parliament, Chakwera announced that his administration has put measures in place to reduce presidential powers, as he promised during his campaign.