Osotsi says Malala suspension is ‘biggest joke of the year’ 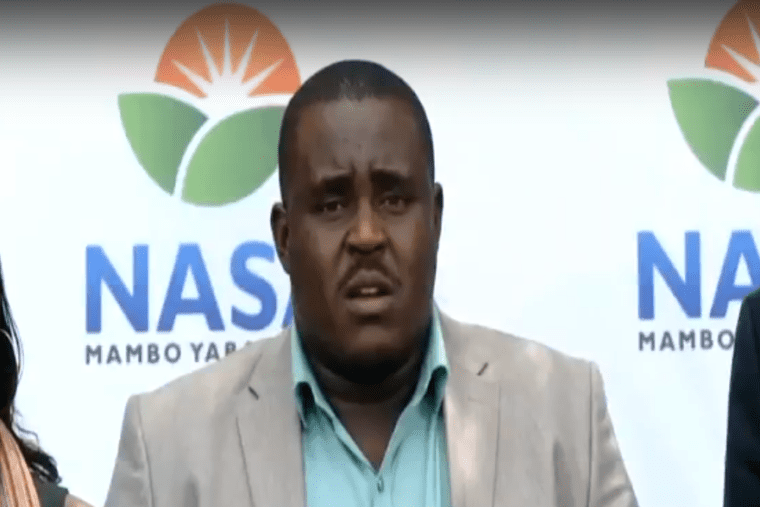 Kakamega Senator Cleophas Malala has defended himself saying he supported Imran Okoth for the Kibra by-election on the basis of the NASA coalition.

Speaking to Citizen Digital, Malala argued that the National Super Alliance (NASA) statute allows members to support any candidate from the affiliate parties.

He was responding to the suspension letter from his party Amani National Congress that was issued on Friday.

The Senator further claimed that he has not received any official communication from the ANC.

However, a letter from the party disciplinary committee said Malala acted against the party and Statute laws.

“We have established that Malala indeed attended the rally and that in fact he made the offending remarks,” the letter from Committee Chairperson Yare Mohammed reads.

Capt. Mohammed termed Malala’s remarks as impugning, thoughtless and tragic noting that the statements were widely shared on social media.

He was referring to an ODM rally which Malala attended and told voters that as the “highest-placed leader” present from ANC, they should rally behind him and support Okoth.

During the October rally, Malala further alleged that the ANC candidate Eliud Owalo was a ‘project’ of Deputy President William Ruto.

On Friday, Nominated MP Godfrey Osotsi defended Malala over the party suspension terming it as ‘a big joke of the year’.

“ANC party has sunk to its lowest by using uncoordinated hirelings with no official status in the party to stifle internal democracy in the party through cheap intimidation tactics that continually erodes Hon Mudavadi political capital and public image,” he said in a statement.

Osotsi was also suspended from the ANC party in March following allegations of misuse of party funds when he served as secretary-general.