Luo Elders want to conduct special rituals, funeral for Osprey that flew to Siaya from Finland 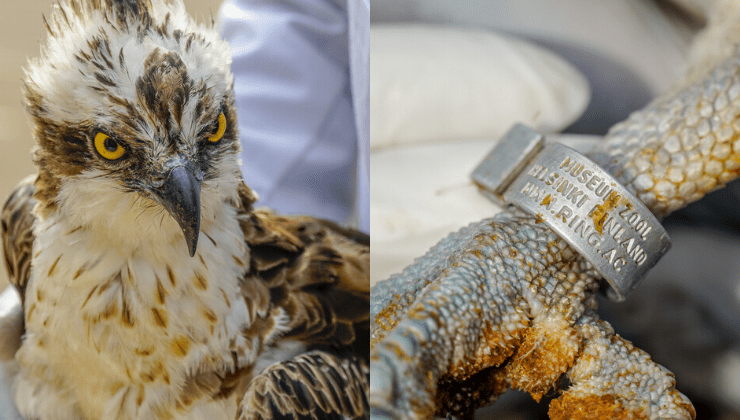 Elders from Yimbo clan in Siaya County now want the government to allow them conduct a special ritual for the migratory Osprey which died due to long-term starvation and injuries over the weekend.

The elders led by Mzee Thomas Achando now want the government to return the remains of the rare bird so that they can organize a special ritual.

He argued that culturally, such a rare incident requires the community to appease the spirits of the dead bird as its arrival may have portended good or bad luck for the community.

Achando who is also the Chairman of Yimbo elders’ forum blamed the government for the death of the bird, saying that the Osprey should have been treated at the point where it was discovered.

He argued that KWS caused the bird’s death by flowing into a different ecosystem in Nairobi.

His sentiments were supported by the Chairman of the Luo Council of elders in Bondo sub-county Mzee Odida Bwoga who likened the bird to the famous Omieri snake of the Nyakach clan.

He said the community had hoped to have the Osprey bird as a tourist attraction.

The elders are currently holed in consultation on the best way to give the bird a benefiting send-off.

They also want the government to initiate talks with the Finland government to have more Ospreys come into Kenya saying that the Yala Swamp is an ideal gazetted bird sanctuary.

The ringed Osprey had flown a mind-boggling 6,900 kilometers from Finland to Kenya and was rescued by Walter Tende, a fisherman at the shores of Lake Victoria.

It was then picked by Kenya Wildlife Services (KWS) veterinarians for rehabilitation in Nairobi where it died several days later.